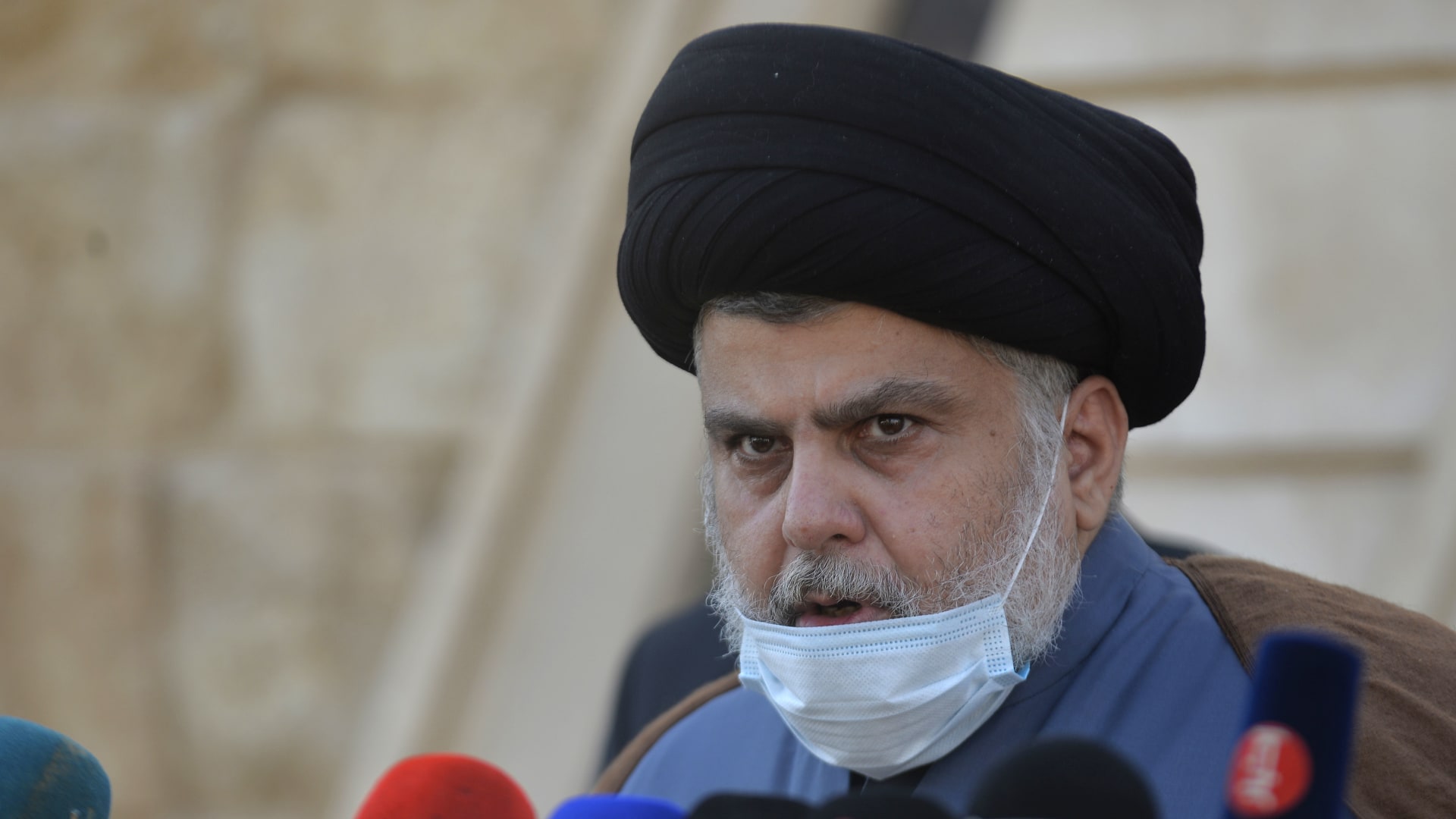 Shafaq News / The leader of the Sadrist movement, Muqtada al-Sadr, called on the head of the State of Law coalition and former Iraqi Prime Minister, Nouri al-Maliki, to quit politics.

Al-Sadr said in a tweet, "My death will bring joy for Israel, the U.S., the terrorists and the corrupt. However, it is surprising that threats are coming from the Dawa Party, affiliated with al-Sadr family, its head, al-Maliki, a Shiite party that claims to prioritize the strength of the doctrine."

The Shiite cleric called on the heads of the blocs allied with al-Maliki, as well as the latter's tribe, to condemn the former PM's recent leaked statements, noting that they must condemn not only accusing him of being a collaborator with Israel and the U.S., but also his attack on the Iraqi security forces, al-Hashd al-Shaabi (PMF), and inciting a Shiite-Shiite conflict.

"I advise him (al-Maliki) to quit politics and asl for god's forgiveness, or surrender himself and the corrupt to the judicial authorities", he added.

These developments come a few hours after a series of leaked recordings, attributed to al-Maliki, appeared, in which he allegedly insults influential Shia cleric Muqtada al-Sadr and al-Hashd al-Shaabi (PMF).

The head of the State of Law Coalition, Nouri al-Maliki, said on Sunday that al-Hashd al-Shaabi's (PMF) leaders and members are "a whole nation of Jihadists".

Al-Maliki said in a tweet, "Since day one, I supported it (PMF), and stood against all attempts to target it."

Pro-Sadrist figure: there is no need for demonstrations