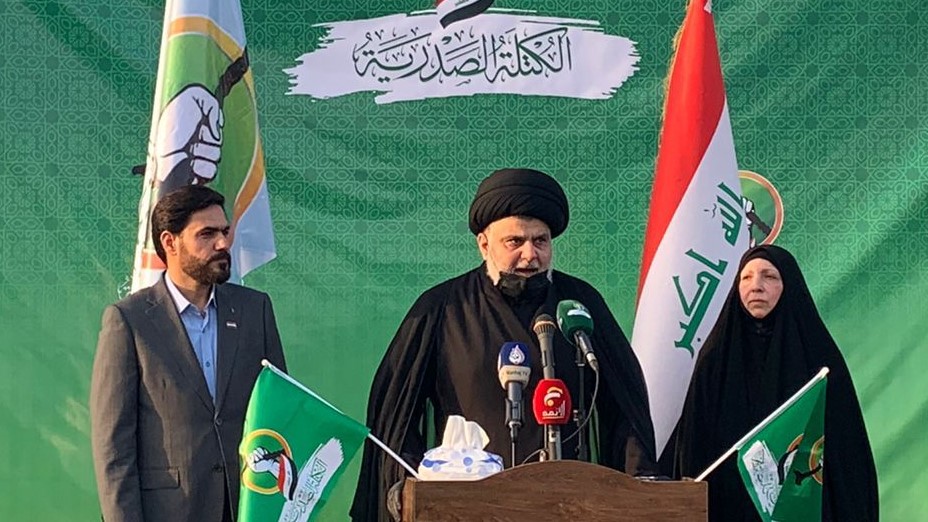 Shafaq News/ The leader of the Sadrist movement, Muqtada al-Sadr, on Saturday called on the Iraqi government to summon the Swedish ambassador to Baghdad to protest the desecration of the Quran, the Muslims' holy book.

In a statement he issued earlier today, al-Sadr said, "in the month of the Quran, the Quran is torched in a European country where Muslims are many."

"If you do not believe in God and his laws, you do not have the right to burn any book," he added.

"This came in conjunction with the attack on al-Quds," the Shiite cleric continued, "what is the sin of al-Quds if the oppressed rose against the oppressor?"

Al-Sadr called for summoning the Swedish ambassador to Baghdad to "enquire into this terrorist crime and the strife aiming to divide religions."

Al-Sadr said he might call for a "peaceful protest" if the Iraqi government did not move, and urged the Swedish government "to oppose those deeds to maintain peace and security."

The Danish leader of the far-right Stram Kurs party has burned a copy of the holy Quran in a heavily-populated Muslim area in Sweden.

Rasmus Paludan, accompanied by police, went to an open public space in southern Linkoping on Thursday and placed the Muslim holy book down and burned it while ignoring protests from onlookers.

About 200 demonstrators gathered in the square to protest.

The group urged the police not to allow the racist leader to carry out his action.

After the police ignored the calls, incidents broke out and the group closed the road to traffic, pelting stones at the police.

Paludan also burned the Quran in 2019, wrapping the Muslim holy book in bacon and tossed it in the air.

In September 2020, Paludan was banned from entering Sweden for two years.

Later in October, he was prevented from entering Germany for some time after the controversial anti-Muslim politician announced plans to hold a provocative demonstration in Berlin.

Al-Sadr warns of any step towards normalization with Israel

In a phone call, al-Sadr invites October demonstrators to the Green Zone's sit-in