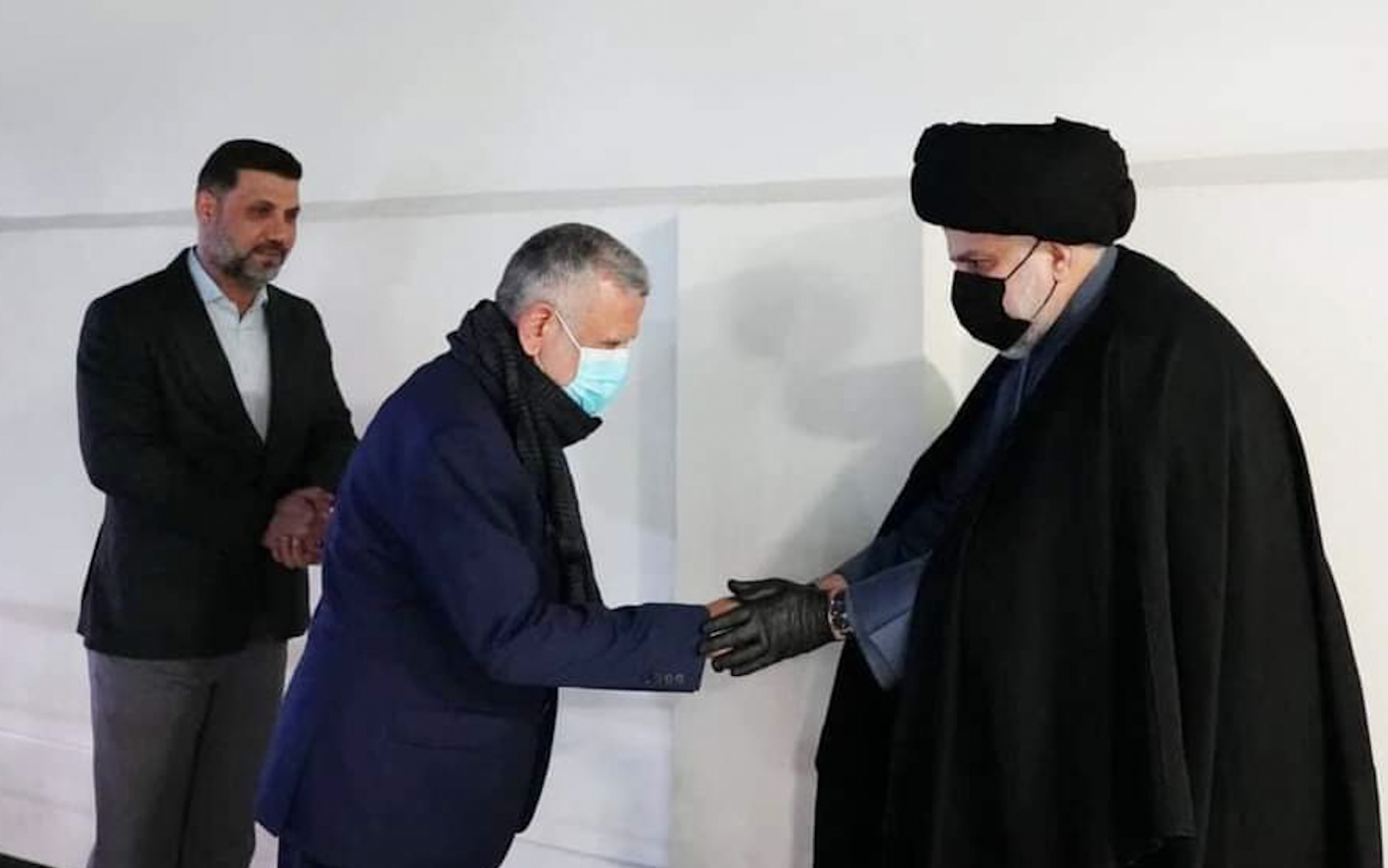 Shafaq News / A source close to al-Hanana, the residence of the powerful Shiite leader, Muqtada Al-Sadr, revealed that no meeting has been held between the latter and the head of al-Fatah coalition, Hadi Al-Amiri, yet.

The source told Shafaq News Agency that the meeting did not take place since the conditions set by Al-Sadr have not been met, including the Shiite cleric's request to the Coordination Framework to denounce the leaked voice recordings attributed to Nouri al-Maliki.

"Al-Sadr insists on maintaining the country's unity, security and stability, and his only concern is to combat corruption in all its forms", he added.

Recently, the self-proclaimed advisor of Muqtada al-Sadr, Salih al-Iraqi, said in a tweet,  "the meetings shall be held in public and live for the people to see what is happening behind the scenes."

The leaders of Iraq's main political forces on Wednesday concluded a key meeting called in by caretaker Prime Minister Mustafa al-Kadhimi in the presence of President Barham Salih and Parliament Speaker Mohammad al-Halboosi.

The meeting attended by the chair of the Supreme Judicial Council, Judge Faiq Zeidan, and the Special Representative of the United Nations Secretary-General, Jeanine Hennis-Plasschaert, was held in the absence of any representation of the Sadrist movement.

Al-Kadhimi's bureau issued a five-point communique that were approved by all the attendees, according to an official statement.

"The attendees expressed their commitment to the national principles and to finding a solution to all crises through dialogue and adopting a spirit of brotherhood and synergy; To preserve the unity of Iraq, the security and stability of its people, the continuity of the constitutional democratic system to which everyone refers," Al-Kadhimi's office said in the English version of the communique, "they laid emphasis on prioritizing the higher national interests and showing a spirit of solidarity among the people of the single nation; To address the current political crisis."

"The attendees indicated that resorting to the ballot box once again through early elections is not an unprecedented event in the history of democracies. When political crises reach dead ends, national political parties resort to constitutional courses in elections."

"The attendees called on the brothers in the Sadrist movement to engage in the national dialogue, to put in place mechanisms for a comprehensive solution, to serve the aspirations of the Iraqi people and achieve their goals."

"The attendees agreed to continue the national dialogue to present a legal and constitutional road map to address the current crisis."

"The attendees called for stopping all forms of field, media, or political escalation, stressing the need to protect state institutions and return to calm discussions away from incitements and provocations that would provoke strife. They appealed to the media and the elites to support the path of national dialogue and social peace, to serve the interests of our people."