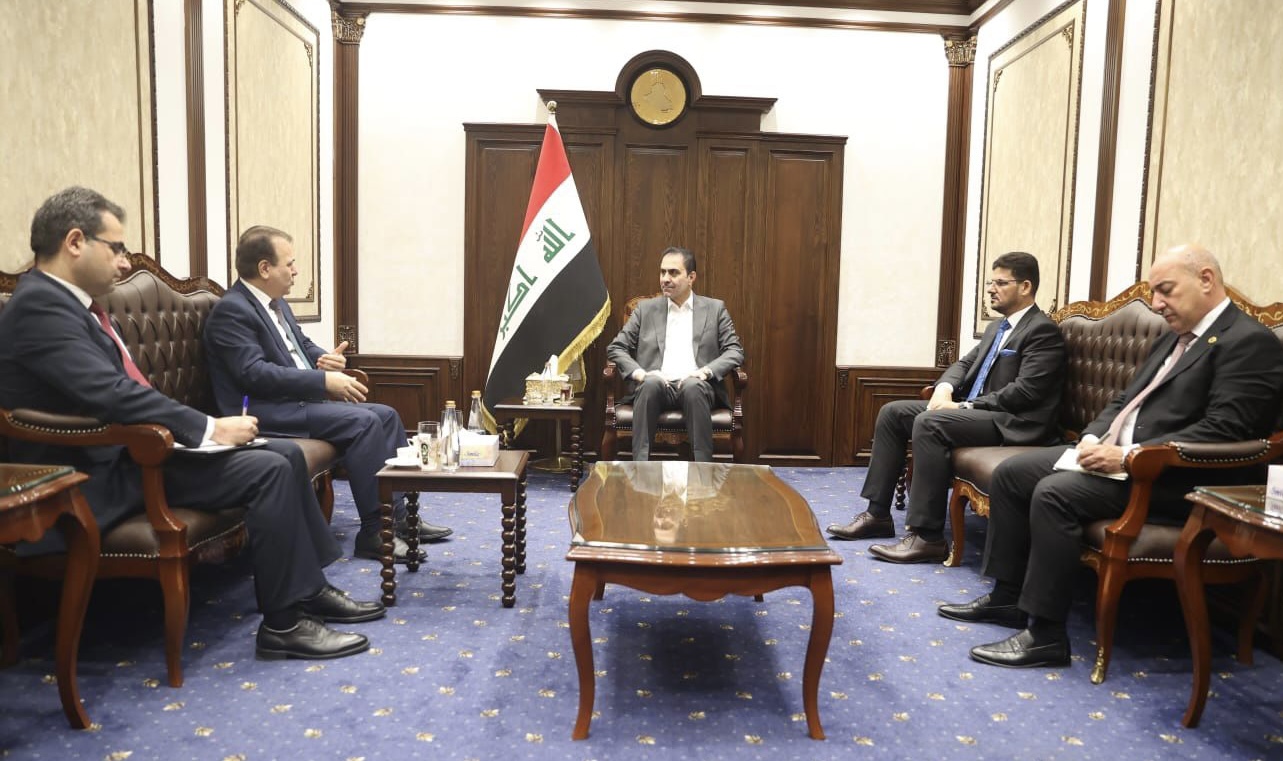 Shafaq News/ The first deputy speaker of the Iraqi parliament, Muhsen al-Mandalawi, on Wednesday discussed with Lebanon's ambassador to Iraq, Adib al-Habhab, the resurrection of more than 20 memoranda of understanding (MoU) the two countries had signed but never saw the light.

In a meeting at his office in the Iraqi capital, al-Mandalawi called on the Iraqi ministry of foreign affairs to "work with its Lebanese counterpart or other relevant bodies to put those deals and MoUs into action, and push forward the economic, cultural, and scientific cooperation between the two countries."

"The recent amendment to the investment law opens up investment opportunities for Lebanese companies in many domains, and allows establishing a duty-free joint venture and expanding commercial exchange," he said.

The lawmaker urged Beirut to offer facilities to Iraqi students studying in Lebanese universities and Iraqi nationals residing in Lebanon.

Lebanon’s Hezbollah thanks Iraq for helping

Jordan to supply Lebanon with electricity by year-end

Iraq summons its ambassador in Lebanon

Thirty inmates saw out of Lebanon’s jail and escape, authorities