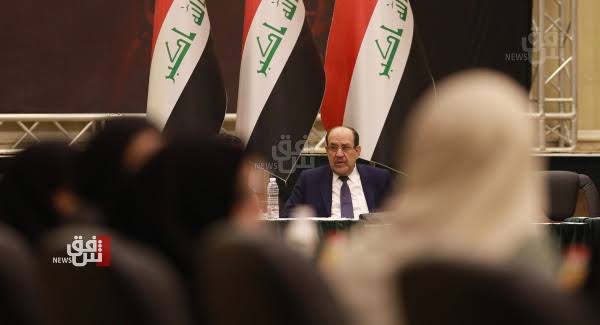 Shafaq News / The leader of the State of Law coalition, Nouri al-Maliki, stressed on Thursday the need to respect constitutional mechanisms to protect the country against more potential crises.

Al-Maliki said in a tweet, "committing to constitutional and legal mechanisms is the only way to avoid more crises in Iraq."

"Early elections must be held based on the constitution and national consensus, in a way that enhances unity and avoids a repeat of what happened in the past elections, which were subjected to an unprecedented rate of manipulation", he added.

The Coordination Framework announced on Thursday that it supports the option of holding early parliamentary elections under certain conditions.

The Framework said that there must be a consensus over the decision to hold the elections, noting that an appropriate environment must be prepared for the big event to take place.

Yesterday, the leader of the Sadrist movement, Muqtada al-Sadr, called for dismantling the Iraqi Parliament and holding early elections.

Al-Maliki: PMF members are "a whole nation of Jihadists"