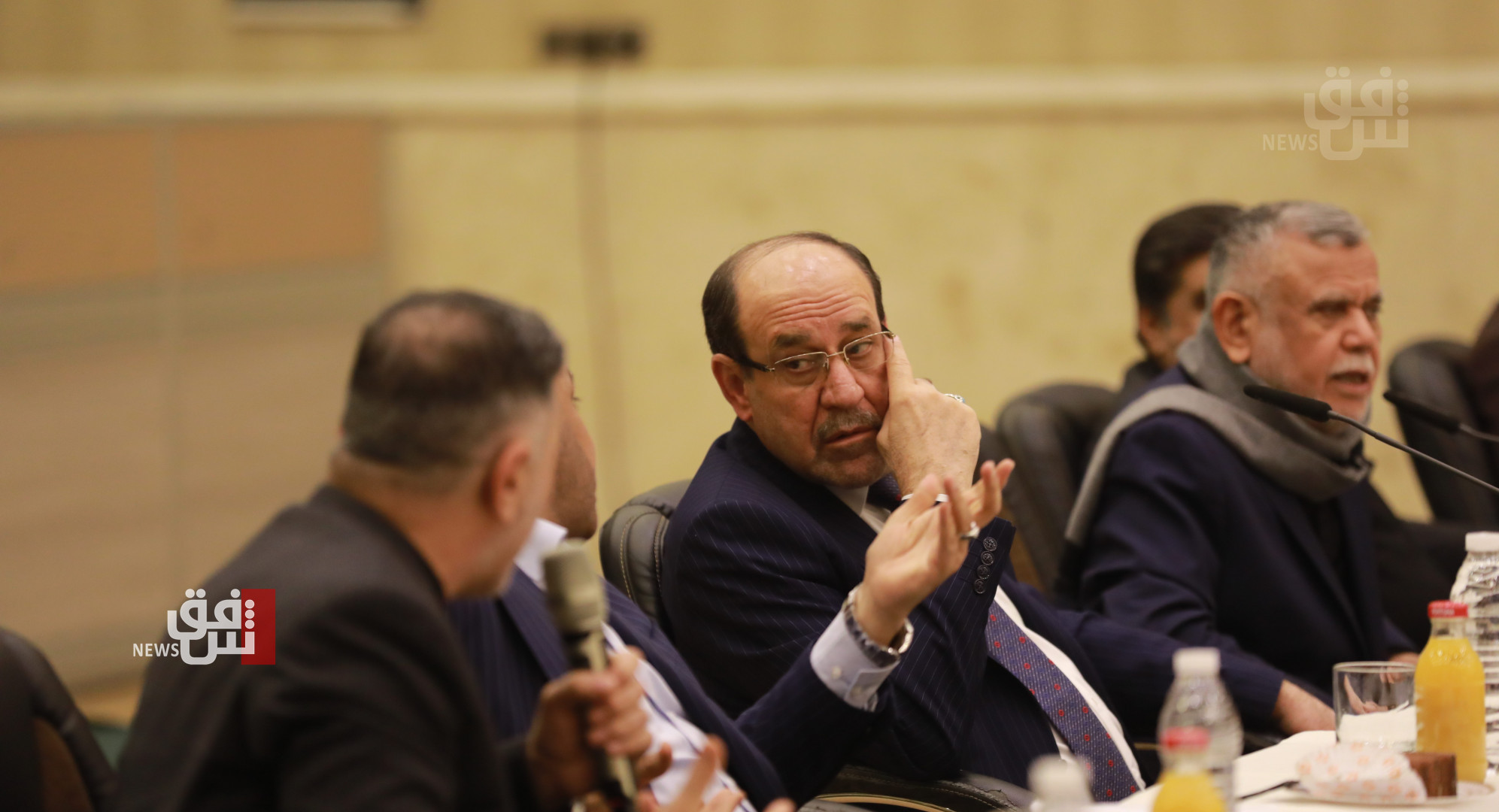 Shafaq News / The head of the state of law coalition, Nouri al-Maliki, said on Wednesday that there is no way a majority government will be formed.

Al-Maliki said in an interview, "no government will be formed the way they are suggesting", referring to Muqtada al-Sadr's statements about forming a national majority government.

"Iraq can only rise if everyone teams up", he added.

The leader of the state of law coalition indicated that rejecting the Federal Supreme Court's decisions is complete "chaos", two days after al-Sadr's statements in which he criticized the Court.

He pointed out that such statements damage the political process in Iraq.

Earlier this week, al-Sadr lashed out at the Iraqi judiciary for backing the "disgraceful deeds" of what he called the "blocking one-third", hinting that he might pull out the streets card.

In a public speech he delivered yesterday, al-Sadr said, "the people are suffering from poverty...the audacity has reached a point that laws that might benefit the people are annulled shamelessly," about the revocation of the emergency food security bill.