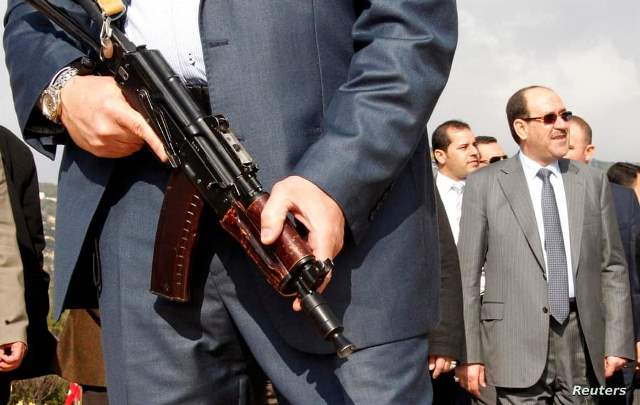 "The Iraqi judiciary had enlisted audio recordings obtained without judicial approval as evidence on previous occasions and issued rulings in cases leaked audio recordings were decisive in the trial," said al-Daami, "some opine that leaked audios are a violation of privacy. Some others believe that the collective interest trumps the individual interest in such cases."

"If proven true, those recordings are a serious violation of the Iraqi national security. But deciding if they were fabricated or not is a prerogative of the Iraqi judiciary."

"If they were proven to be fabricated, the head of the State of Law bloc can file a complaint against the party that spread them. If they were not, the judiciary will have to take legal action against the person speaking in the recordings."

"The charges he might face are making death threats, as well as inciting civil war and attacks on a holy city. In accordance with the Terrorism law, the penalty may be death or life in prison."

Holding the elections in June is unlikely, al-Maliki says

Coordination Framework and Co to announce a 133-MP bloc if mediation with al-Sadr fails, al-Fatah says

Al-Maliki urges the Iraqi media network to "reconsider its discourse"

Al-Maliki to Plasschaert: the next government will hold a new election