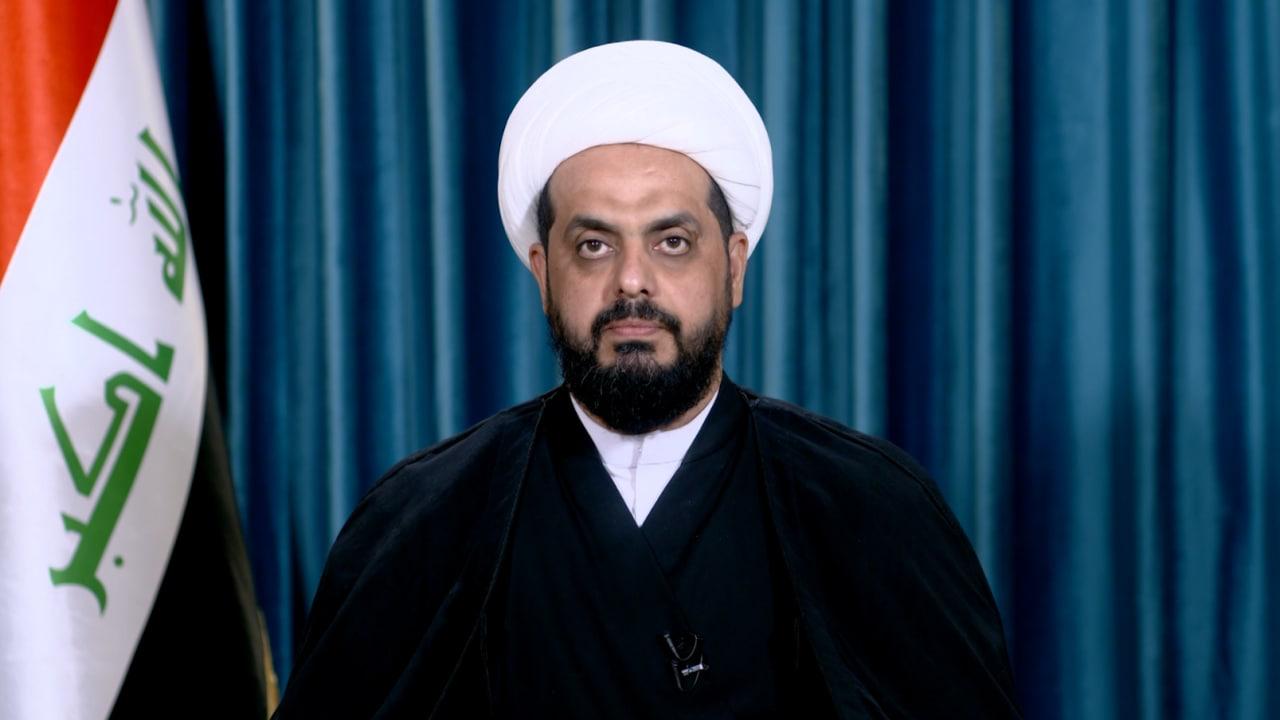 Shafaq News/ On Friday, the leader of Asa'ib Ahl al-Haq, Qais al-Khazali, welcomed the "recent political developments" in Iraq after ending the dispute between Muqtada al-Sadr and Nuri al-Maliki.

"The experience had shown that when the Sunni blocs agreed together, the Parliament Speaker was selected quickly; therefore, we believe that this is a reason for the Kurdish political forces to exert their efforts to agree on the candidate for the President of the Republic, as well as the Shiite political forces in agreeing on the candidate of the Prime Minister (as of Iraqi political custom)." Al-Khazali said on Twitter.

He added, "forming the new government aims to serve the citizen whose economic situation is worsened, so we welcome the recent political developments, that could be a way out of this problem."

Yesterday, a political source disclosed new details about the talks between the head of the Sadrist Movement, Muqtada al-Sadr, and the leader of the State of Law Coalition, Nuri Al-Maliki.

The source told Shafaq News agency that al-Sadr had withdrawn the "veto" he had used on al-Maliki, noting that the Sadrist and the Coordination Framework would reach an agreement to form the new government with the KDP and al-Siyada Alliances.

He added that these developments are the “fruit” of previous talks between the Framework and al-Sadr, noting that the two sides will meet next Monday in Baghdad, before setting a meeting with KDP and al-Siyada, to pave the way for forming the new government.

According to the source, a new President and Prime Minister will be agreed upon by all parties.

These talks were held upon the proposition of an Iranian figure, in addition to a respectable person in Najaf. The source said.

Al-Khazali: we need an economic figure and not a politician as the next PM