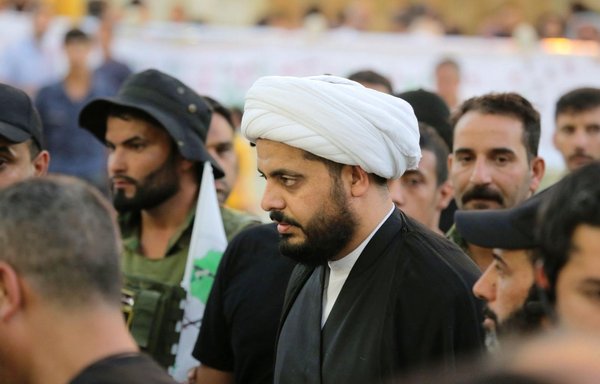 Shafaq News/ The leader of the Asa'ib Ahl al-Haq movement, Qais al-Khazali, on Saturday said that the Coordination Framework is ready to make compromises but would not surrender the right of Iraq's largest component in forming the largest bloc in the parliament.

"The Coordination Framework has made many compromises and is willing to make more," al-Khazali said in an interview with al-Ahd TV, "however, it would not surrender the largest component's right to form the largest bloc."

"Surrendering this right puts the largest component in jeopardy," he continued, "the Sadrist movement shall make compromises from its side."

"The Sadrist bloc wants the premiership and nine ministries. However, there are electoral entitlements. The Coordination Framework has 83 MPs."

"The conflict is political. Only the people are paying for it. For their best interest, the political forces shall make compromises."

The head of the Asa'ib Ahl al-Haq movement leader said that the agreement between the Kurdistan Democratic Party (KDP) and the Patriotic Union of Kurdistan (PUK) is a key step toward resolution.

"The Kurdish-Kurdish agreement is a catalyst for the Shiite-Shiite agreement. It will unravel the formula of the trilateral coalition."

The Sadrist welcomes the political work with independents

Al-Sadr: we invited the Coordination Framework to join the government 'without al-Maliki'..they refused