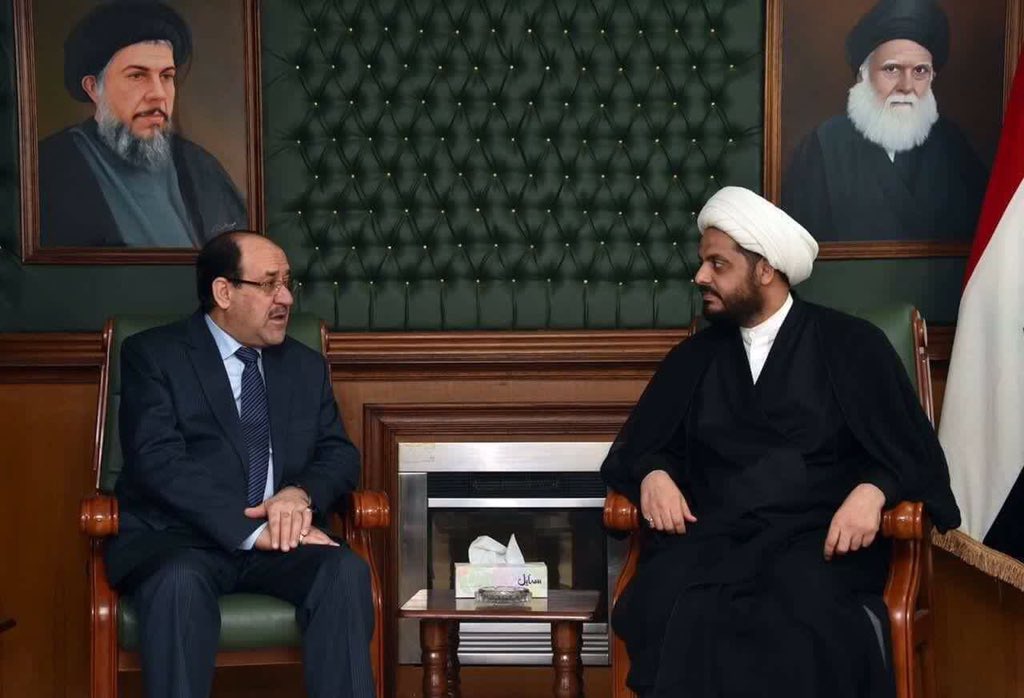 Shafaq News/ The Secretary-General of the Asa'ib Ahl al-Haq movement, Qais al-Khazali, cast doubts on the assassination attempt that targeted the residence of the Iraqi Prime Minister, Mustafa al-Kadhimi, earlier on Sunday, hinting at the involvement of "intelligence" agencies in the attack.

Al-Khazali tweeted, "after viewing the images of the explosion that happened at the Prime Minister's residence, and noticing the lack of victims, we assert the need for scrutinizing it by a trusted and specialized investigation committee to make sure it is not accidental or something. If it turns out to be real, then we condemn it."

Al-Khazali called for identifying and prosecuting the perpetrators of the attack that took place only one day after "the obvious crime of killing and assaulting the demonstrators."

"We warned a few days earlier of the intentions of parties related to intelligence agencies to bomb the Green Zone and pin it on the Resistance factions," he added.

For his part, the former Prime Minister of Iraq and the head of the State of Law Coalition, Nouri al-Maliki, called for addressing the crisis with "wisdom and deliberation" away from "strained reactions."

Al-Maliki laid emphasis upon the "continuation of the impartial investigations into the protestors' killings and the excessive use of force," urging all the parties to "ease the security tension and commit to the constitutional democratic procedures."