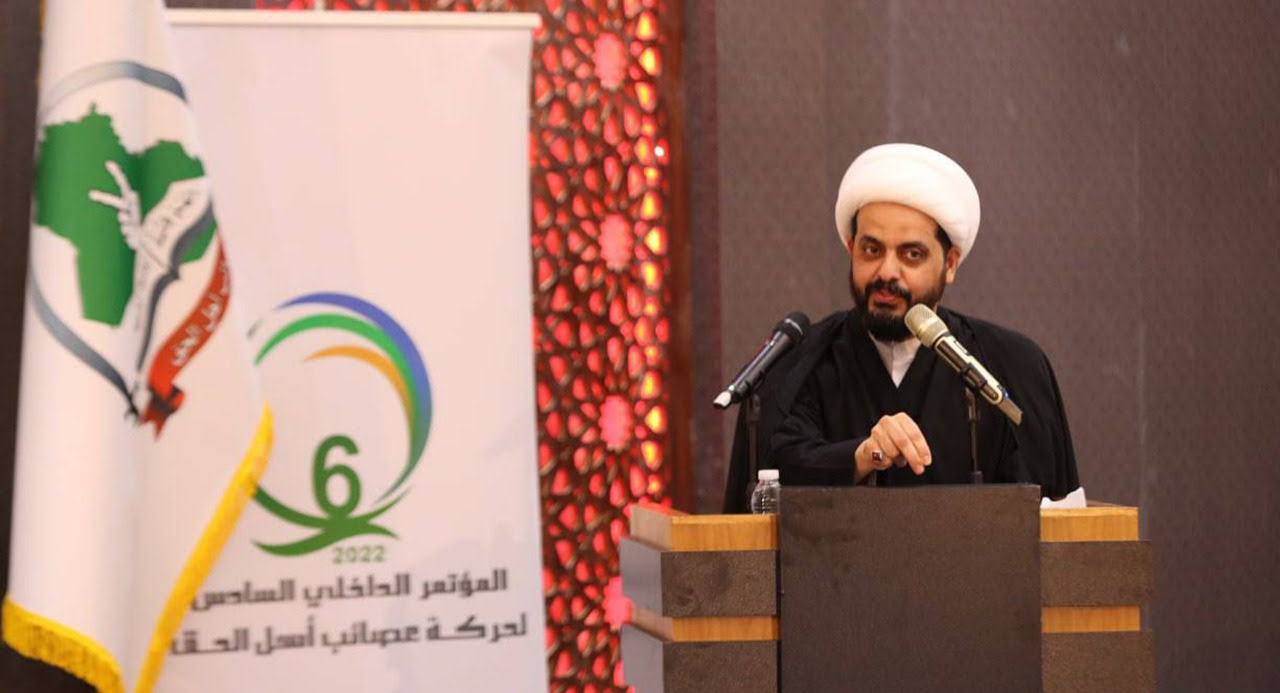 Shafaq News/ The leader of the Asa'ib Ahl al-Haq movement, Qais al-Khazali, acceded to the de-escalation calls made by some of his allies in the Shiite Coordination Framework, urging the political forces in the country to commit to the law and constitution to halt chaos and preserve social peace.

"The calls made by the leaders of the Coordination Framework to prevail dialogue and understanding imply a huge understanding of the national responsibility toward the state and the people. This attitude is unanimous," he tweeted.

Al-Khazali added that all the leaders of the Shiite forces consortium share the same attitude toward protecting the state institutions.

The Shiite cleric urged the Iraqi political parties to adopt an attitude that commensurates the current situation to protect social peace, prevent chaos, and commit to the constitution.

The committee in charge of preparing for the "pro-constitutional legitimacy demonstrations" said that the leaders of the Coordination Framework decided to give room for dialogue and political solutions and postpone the demonstration until further notice.