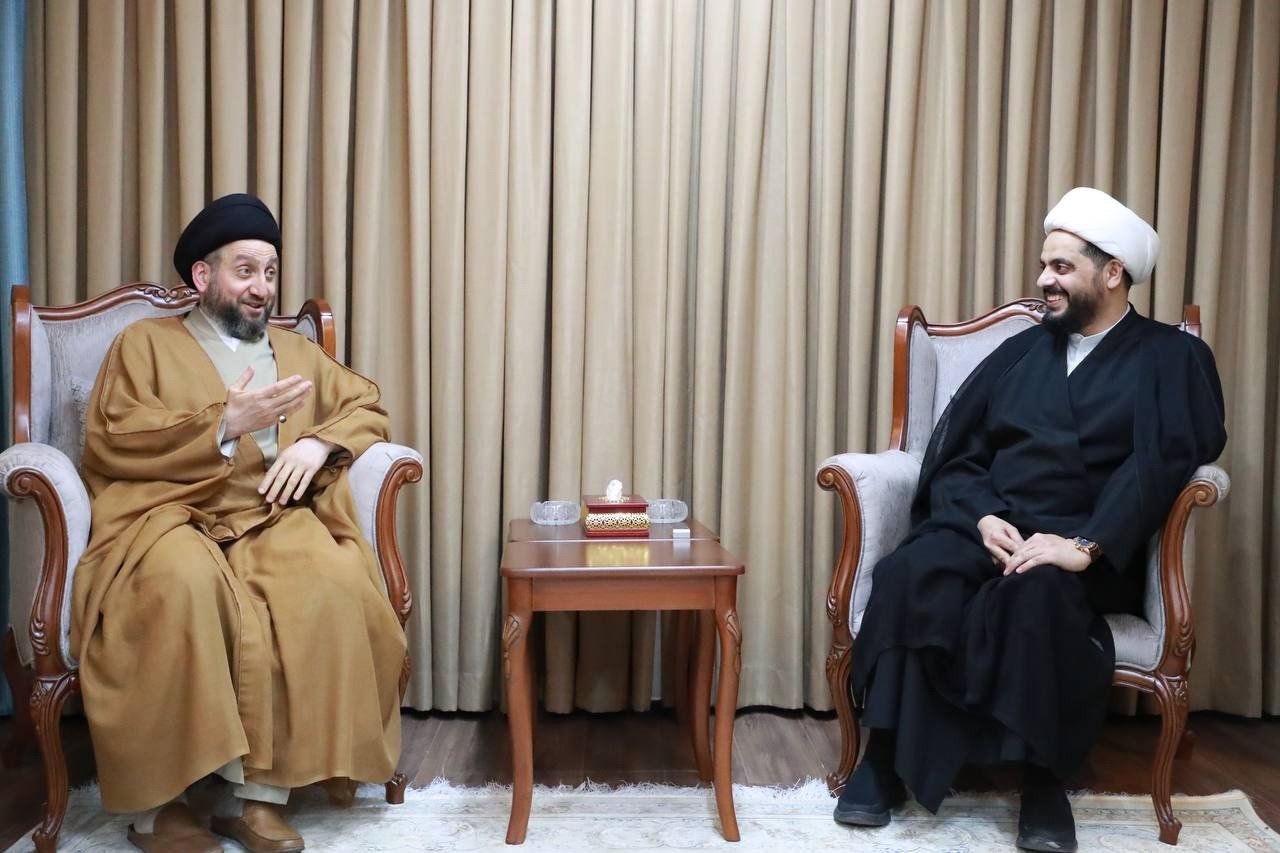 Shafaq News / The leader of the Asa'ib Ahl al-Haq movement, Qais al-Khazali, and the head of al-Hikmah movement, discussed ways to preserve the rights of the "largest community."

According to a statement by al-Khazali's office, the two sides discussed the latest political developments in the countries.

They stressed the need to reach an understanding and preserve the rights of the "largest community", and laid emphasis on the importance of putting all efforts to resolve the current impasse.

The Coordination Framework is pursuing a multi-pronged approach to resolve the deadlock that has kept the country mired in political paralysis since October 10, a source from inside the Shiite forces consortium said on Sunday.

On Thursday, the powerful Iraqi Shiite cleric said that he was stepping back for the next 40 days and giving his Shiite rivals the chance to form the country's next government.

Al-Sadr's offer came in a tweet, in which he also called on his followers not to interfere "neither positively not negatively" as his rivals from the Coordination Framework, a coalition of Iran-backed Shiite parties, try to cobble together a Cabinet.

Iraqi political parties are at an impasse, and al-Sadr — the winner of the election — has been unable to form a coalition government. He has assailed his rivals, saying they “obstructed and are still obstructing” the process.

The development is “a clear challenge and dare" directed at his rivals while also being a “test of partners,” tweeted Farhad Aladdin, chairman of the Iraq Advisory Council, a policy research institute.

Al-Hakim and al-Abadi did not attend Sunday's meeting; Al-Maliki splits the parties contesting the poll results