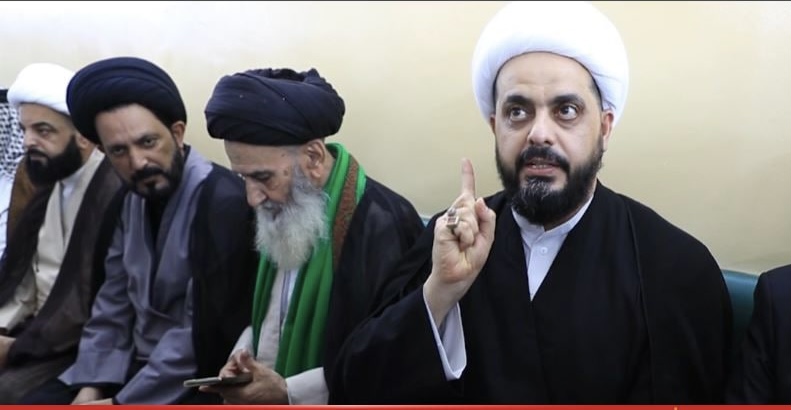 Shafaq News / The Secretary-General of Asa'ib Ahl al-Haq, Qais al-Khazali, called for expelling Turkish forces from Iraq by order of the Parliament.

Al-Khazali said during a visit to the Zakho bombardment victims, "the Turkish bombardment of Zakho is an awful crime with clear proofs", adding, "the security forces confirmed that the shells and weapons used in the Duhok bombarded belong to the Turkish side."

He added that the Turkish government's attempts to distance itself from the attack are "unacceptable", noting that it must take the responsibility for "the crime it had committed."

"The (Iraqi) government's position is weak, unacceptable, and non-proportional with the violation of the country's sovereignty and Iraqi blood."

He added, "we hope that the council of Representatives will issue a decision to expel Turkish forces immediately," stressing, "the resistance factions are ready to implement such a decision."

"If the Turkish forces do not apologize, they will pay the price for innocent blood", he pointed out.

Al-Khazali: Al-Kadhimi wants the continued presence of US troops in Iraq