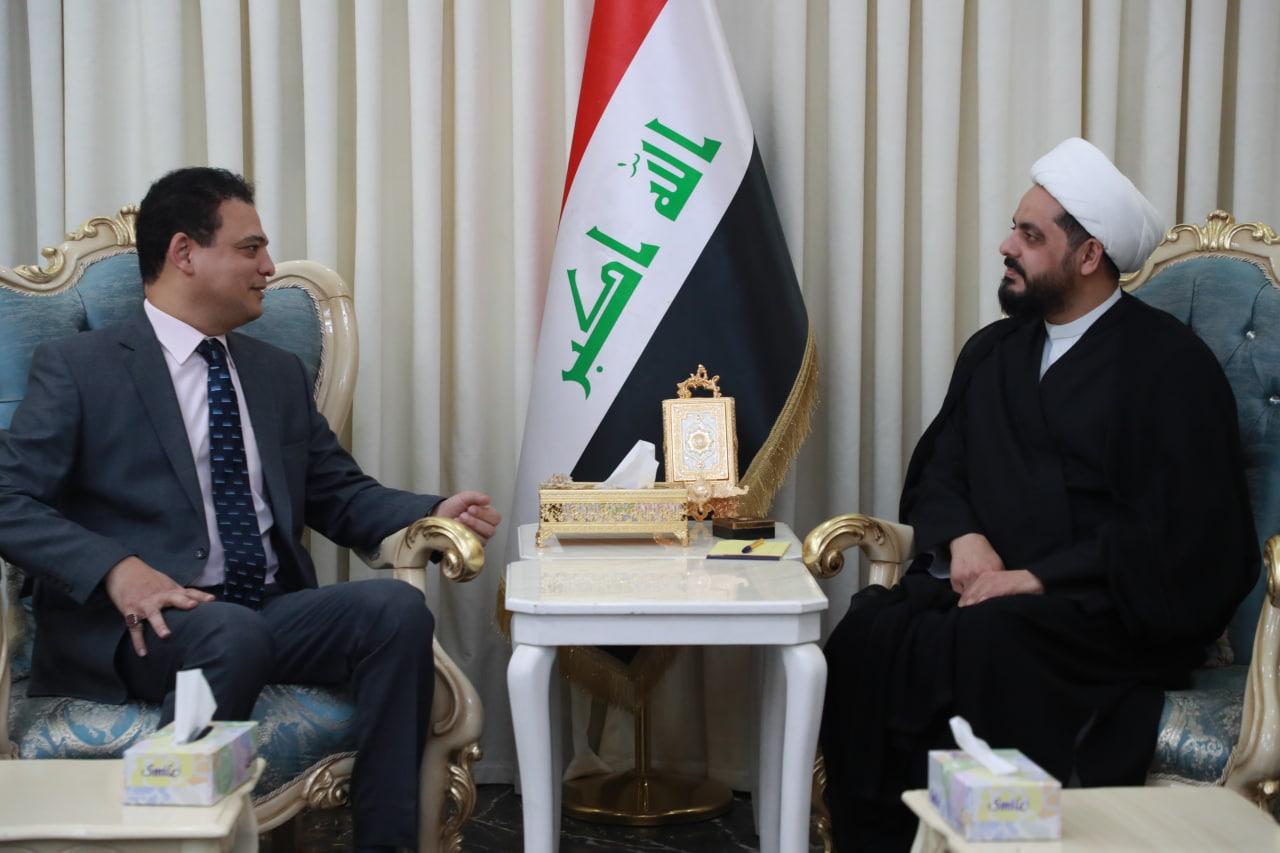 Shafaq News/ The leader of the Asa'ib Ahl al-Haq movement, Qais al-Khazali, on Sunday said that the Shiite Coordination Framework upholds any initiative from the Arab countries that might help overcome the political deadlock in Iraq.

Al-Khazali's remarks came during a meeting he held with the Egyptian ambassador to Iraq, Walid Esmail, in his bureau in the Iraqi capital, Baghdad.

A readout issued by his bureau said that al-Khazali discussed the political situation in Iraq and the region and the historic ties between the Iraqi and Egyptian nations.

"The Coordination Framework is not supportive of the political impasse and impeding the country's interests. It is open to all the solutions that do not imply ostracism," he said, "We welcome the contribution of any country, particularly the Arab."

Al-Khazali: Iraq is going through a "political blockage"