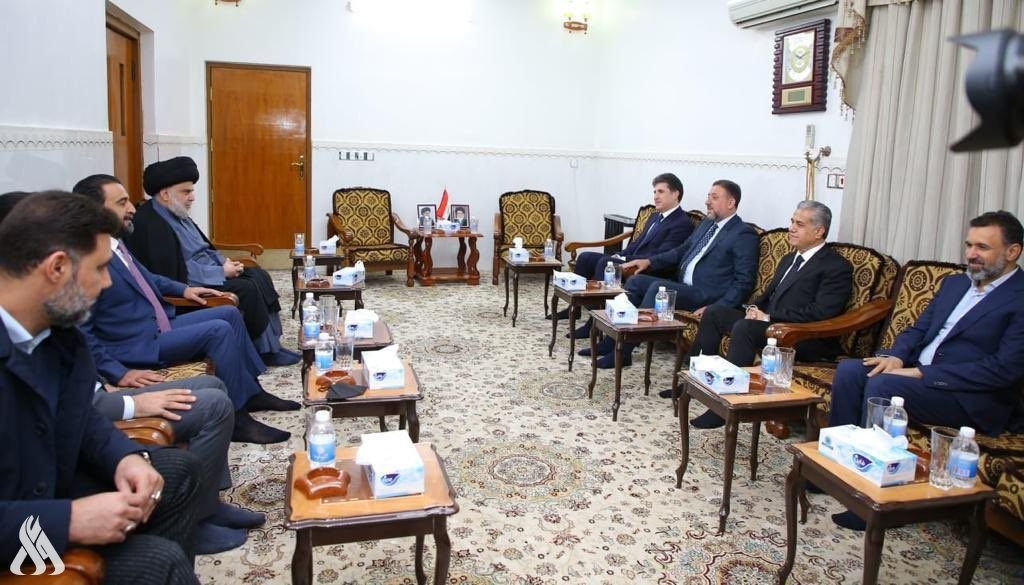 Shafaq News/ The head of al-Siyada bloc, Khamis al-Khanjar, highlighted the "positive atmosphere" of the meeting that took place in al-Hannana, the headquarters of the Sadrist movement's leader Muqtada al-Sadr.

Al-Khanjar tweeted, "we have always stressed the importance of the national dialogue to overcome the hurdles and accomplish the constitutional entitlements. Iraq needs agreement and stability."

"Thanks to Sayyid Muqtada al-Sadr for his generous initiative. We have high hopes, via the positive atmosphere that accompanied our meeting today, to reach a strong government that drives the country to safe land."

For his part, the Sadrist leader tweeted, "neither eastern nor western".

Earlier today, two sources said that the Sadrist movement, Coordination Framework, and al-Siyada Coalition have agreed to endorse Rebar Ahmed's bids for the presidency of the republic, leaving the selection of a Prime Minister to further meetings.

Al-Azm Alliance confirms its commitment to its leader