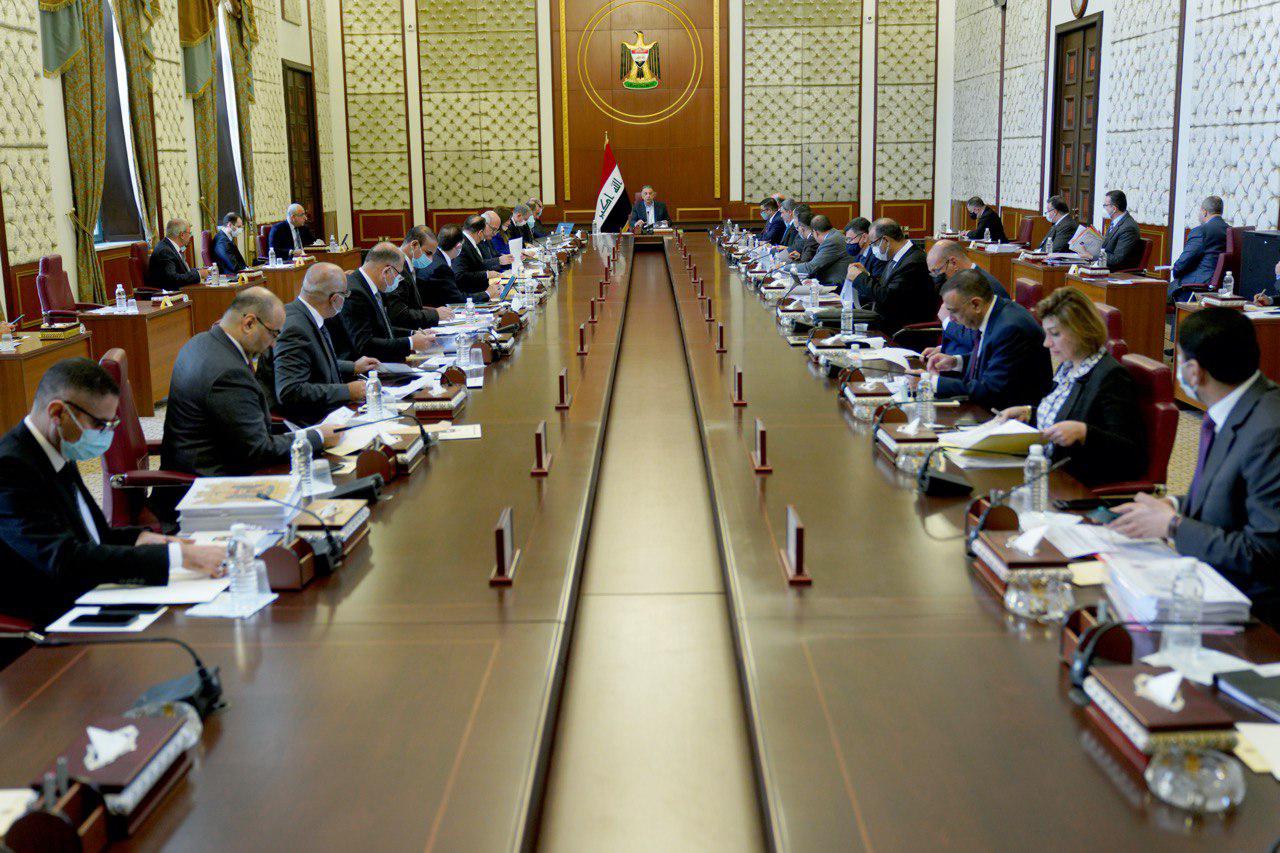 Shafaq News / The Iraqi Council of Ministers held its regular session headed by Prime Minister Mustafa Al-Kadhimi, during which it discussed several issues and topics included in its agenda.

Al-Kadhimi's office said in a statement, "the Prime Minister reviewed during the session the challenges that Iraq is facing in the economic field and efforts to fight COVID-19."

The statement indicated, "the council discussed the file of people with special needs and securing their requirements."

The council issued several decisions regarding different topics it discussed, including:

1- Approval of the inclusion of the Nasiriyah Airport project within the schedules of the Civil Aviation Authority's investment budget, provided that the requirements for listing be completed later.

2- Considering next Thursday an official holiday marking the third anniversary of the victory over ISIS terrorist gangs.

3- Adoption of the policy document and standards for information security and data sharing approved by the National Security Council at its nineteenth session, held on July 26, 2020, and under its Resolution No. 14 of 2020, the accompanying linking of the National Security Adviser book number 5/1/817 on July 27, 2020, Taking into consideration the opinion of the Legal Department in the General Secretariat of the Council of Ministers.

4- Agreeing to authorize the ministries and entities not connected with a ministry and the governorates to continue contracting to implement their annual plan until December 31, 2020, instead of December 15, 2020.

5- Approval of granting the Ministry of Higher Education and Scientific Research a founding license for five schools in different governorates.

Al-Kadhimi: power generation rates in 2021 are the highest in Iraq's history