Al-Kadhimi: we must take advantage of the oil prices' rise 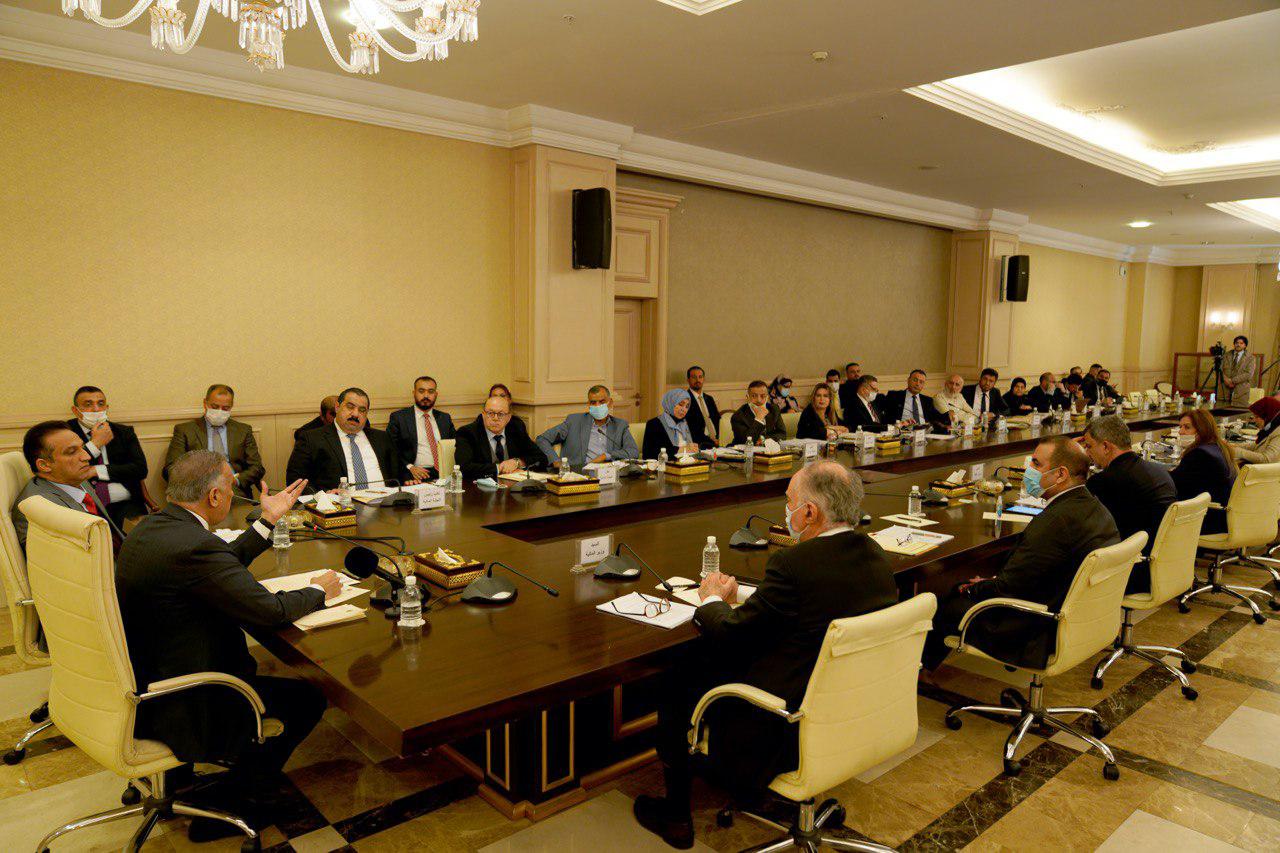 In a statement issued by Al-Kadhimi's media office, the latter said that the budget that the government submitted earlier implements financial-economic reform and supports vital sectors, which -ultimately- addresses the Iraqi economy problems.

He also referred to the importance of taking advantage of the rise of oil prices in a way that contributes to reducing the burden on the citizen in the budget, stressing the need to activate the digital systems and enhance the role of the Federal Service Council.

Furthermore, Al-Kadhimi emphasized the need to equitably distribute wealth among all Iraqi regions under the principles of the constitution, indicating that the country is currently facing many challenges and the government is working to put the economy on the right track.

The government statement noted that both sides agreed to hold sessions between the executive and legislative authorities more frequently to ensure the approval of a reform budget that preserves the citizen's rights as soon as possible.

PM al-Kadhimi submits his candidate for the Ministry of Health

60% of the Global Coalition forces left Iraq in the past months, Iraq’s Prime Minister