Al-Kadhimi: we have a great opportunity amid significant challenges 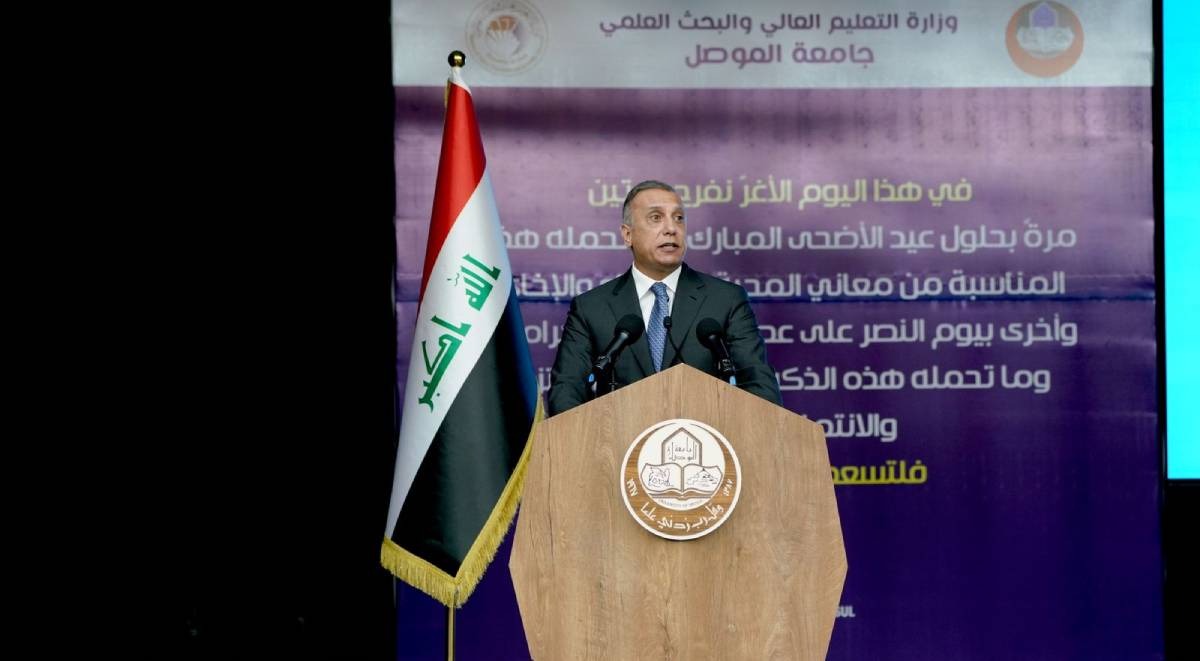 Shafaq News/ On Saturday, Prime Minister Mustafa Al-Kadhimi called the Iraqi political forces and parties to cooperate to remove obstacles, saying there is a "great opportunity" amid challenges.

On the 5th anniversary of liberating Mosul, the PM said in a ceremony at the University of Mosul, "the challenges are great, but the opportunity is greater; let's all (Iraqi political forces, personnel, and parties) work together to serve the people and the homeland, and cooperate to remove obstacles and build the country."

"The security services are playing their effective role in maintaining the security of Iraqis and helping the people. And the citizens standing by the services will provide us with preventive security."

"The security of our homeland and the safety of society is our responsibility, and as long as we are in our position, we will not neglect the responsibility," Al-Kadhimi added.

On the government's achievements, the Prime Minister pointed out that many projects, including building hospitals, have been completed, and "we have opened more than one power station in Samarra, Maysan, Muthanna, and Nasiriyah. In addition, we have embarked on many projects in Mosul, and today we will lay the foundation stone for other projects."

Al-Kadhimi to the political forces: do not empty thefrom its content