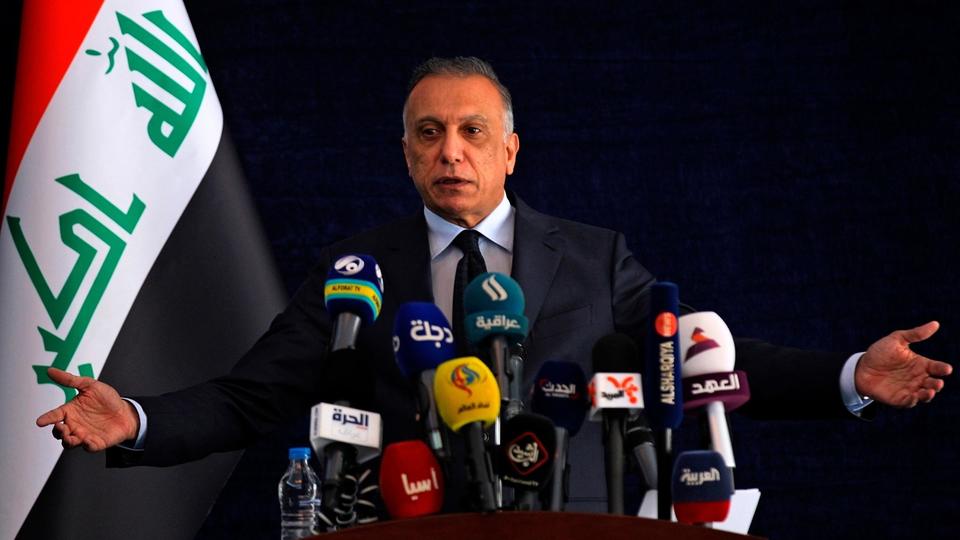 Shafaq News/ Prime Minister Mustafa Al-Kadhimi said his government requested from the U.S. and Iran to keep Iraq away from their conflict.

Al-Kadhimi said in an interview with the Italian newspaper La Repubblica, "we avoided the abyss toward which Iraq was heading as a result of the fall of 2019 events. The challenges we face remain strong."

He pointed out that ISIS still poses a threat, and is trying to gather its ranks, stressing that Iraqi forces have dealt with the terrorists and killed many of their leaders.

He continued, "Our intelligence cooperation with our allies has become more effective, and we have asked Italy to remain in the front line in training our forces", noting, "Iraq is ready to enhance military cooperation with Italy, in the field of training and development of work in the fight against corruption, money laundering, organized crime, and mafias."

"We asked the Americans and Iranians to refrain from settling their accounts in Iraq. For years, we have been an arena for conflict," stressing, "We must choose the path of political dialogue to resolve differences."

Al-Kadhimi also revealed that Iraq is in contact with the Biden administration, "I believe that we will be able to reach a stage of regional dialogue."

He concluded, "We want Iraq to be one of the countries that manage crises successfully, and not one of those that cause or are affected by them. The agreement between Iran and the U.S. is very important", pointing out, "The success of the Vienna negotiations will positively affect the region and serve the stability of Iraq."

Iran shows off underground drone base, but not its location -state media