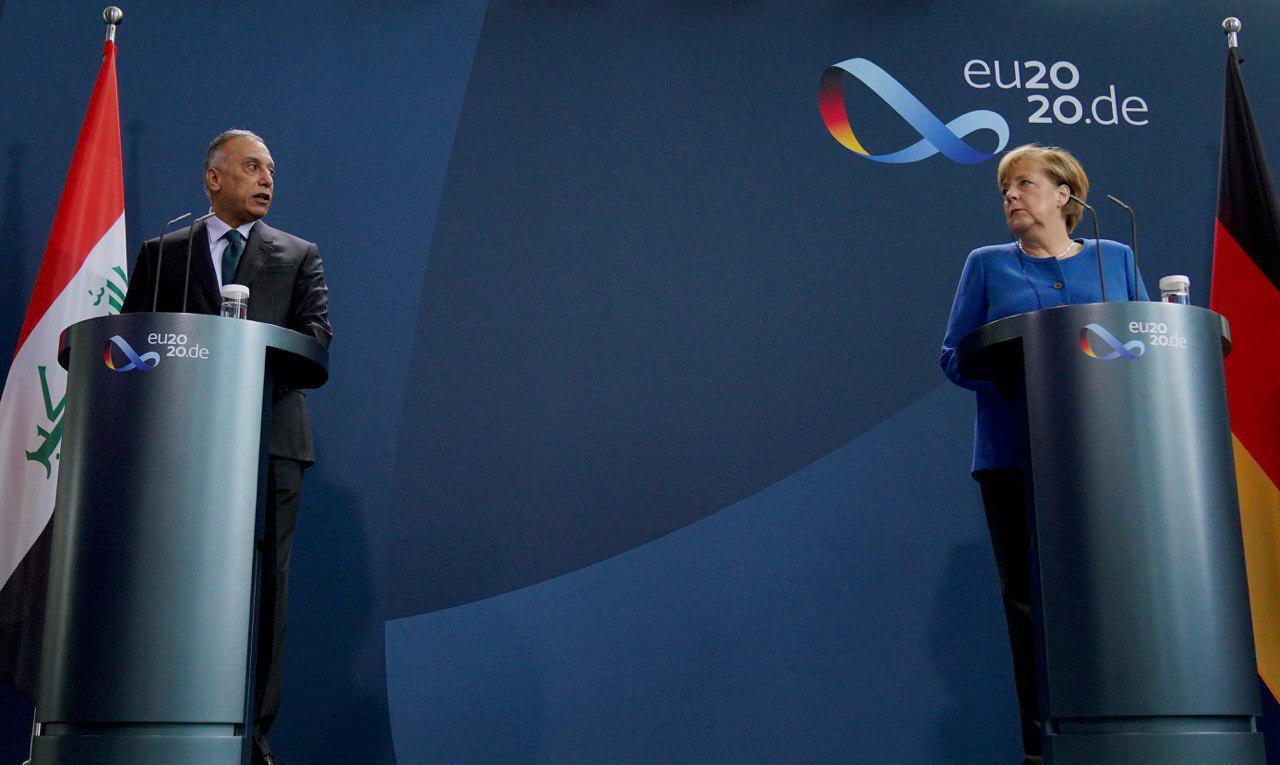 Shafaq News / The Iraqi Prime Minister, Mustafa Al-Kadhimi confirmed on Tuesday his aspiration to conclude understandings and strengthen cooperation with Germany, which he is currently visiting as part of a European tour.

Al-Kadhimi said in a joint press conference with German Chancellor Angela Merkel, "We came to confirm Iraq's keenness to establish strong relations with Berlin, and we look forward to strengthening security and military cooperation efforts with Germany".

He stressed, "We are going through difficult times because of COVID-19, but we have embarked on an ambitious program to restructure and rebuild the Iraqi economy, and we are approaching the announcement of the second phase of the electricity plan in Iraq with the participation of German companies".

"We are looking forward to benefiting from financial support to organize free and fair elections, for a true partnership with Germany", he added.

For her part, Merkel stressed that her country supports Iraq to confront COVID-19, and welcomed the Iraqi government's efforts to achieve economic reform.

Al-Kadhimi: The government will hold special meetings to assess the reform paper