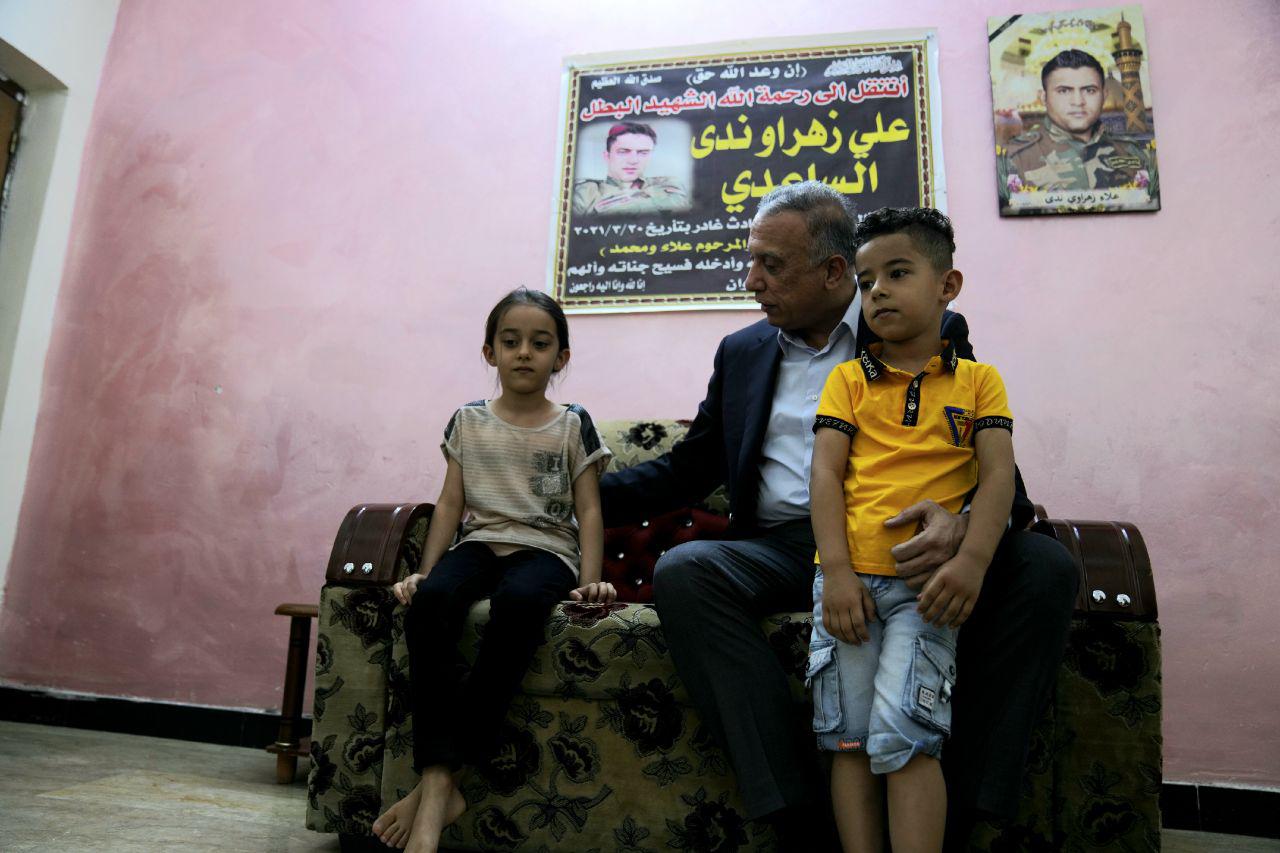 Shafaq News / Iraq’s Prime Minister Mustafa Al-Kadhimi visited a number of families of security forces victims who died during the war against ISIS and combating crime.

Al-Kadhimi said in a statement, "The government is keen to save the blood of its people, and it is making utmost efforts for the security and stability of the country."

He added that "the next stage will be for reconstruction for a better tomorrow for Iraq and its people, we will not allow the mistakes of the past to be repeated, and we are working to correct what happened during the past years."