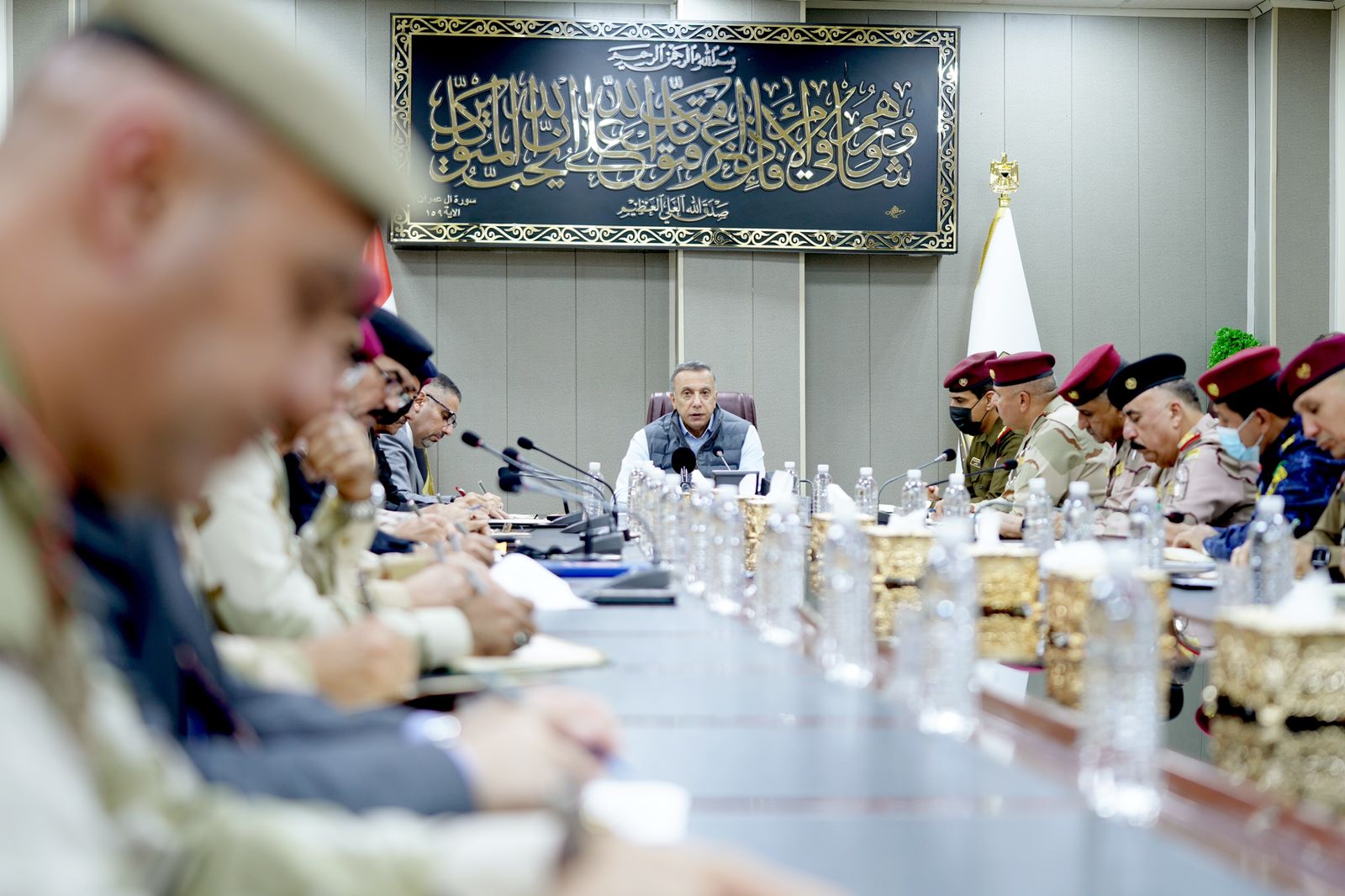 Shafaq News/ The head of the caretaker government, Mustafa Al-Kadhimi, met on Thursday with military and security leaders at the headquarters of the Joint Operations Command in the capital, Baghdad.

The PM said in a statement, "the responsibility of our leaders and our security forces is historic," adding that "our heroic army performs multiple tasks including protecting the borders and internal security, and pursuing terrorist cells."

"we are still living their repercussions," Al-Kadhimi pointed to the challenges that the country has inherited since 2003, adding that we should be "working with all strength to protect the homeland and our people from all dangers."

The Commander-in-Chief of the Armed Forces affirmed that "ISIS terrorist gangs are trying to exploit any loophole, any circumstances or challenges," and directed the security services to "be ready, and not allow the enemy to have any foothold."

Al-Kadhimi stressed that the security forces must protect the demonstrators by the constitutional and legal contexts, and preserve public and private property."