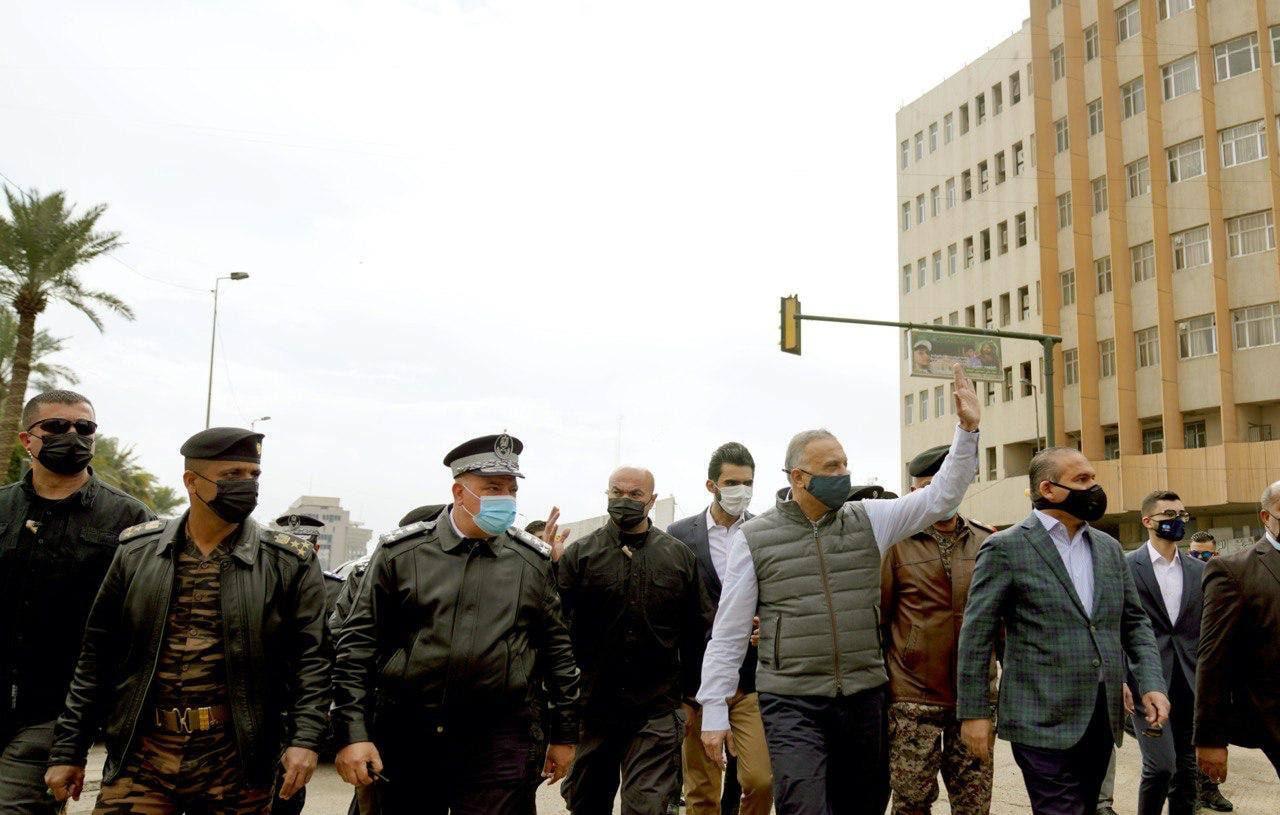 Shafaq News / The Iraqi Prime Minister Mustafa, Al-Kadhimi, toured the capital, Baghdad, to oversee the reconstruction campaign carried out by the Baghdad Municipality.

Al-Kadhimi, accompanied by the Mayor of Baghdad, Alaa Maan, toured Al-Khilani Square, Al-Rasheed Street, Al-Khulafa Street, Al-Souq Al-Arabi, and Al-Shorja, and was briefed on the efforts of the Municipality that carries out street maintenance, cladding, and cleaning campaigns.

The Prime Minister directed the Mayor of Baghdad to prepare for an international conference to reconstruct the capital, Baghdad, in the presence of international advisors.

Al-Kadhimi met during his tour with workers, officials, and security officers. The Prime Minister appraised their efforts and issued a set of directives to facilitate their work.