Al-Kadhimi to al-Sadr: we protected Iraq from economic failure 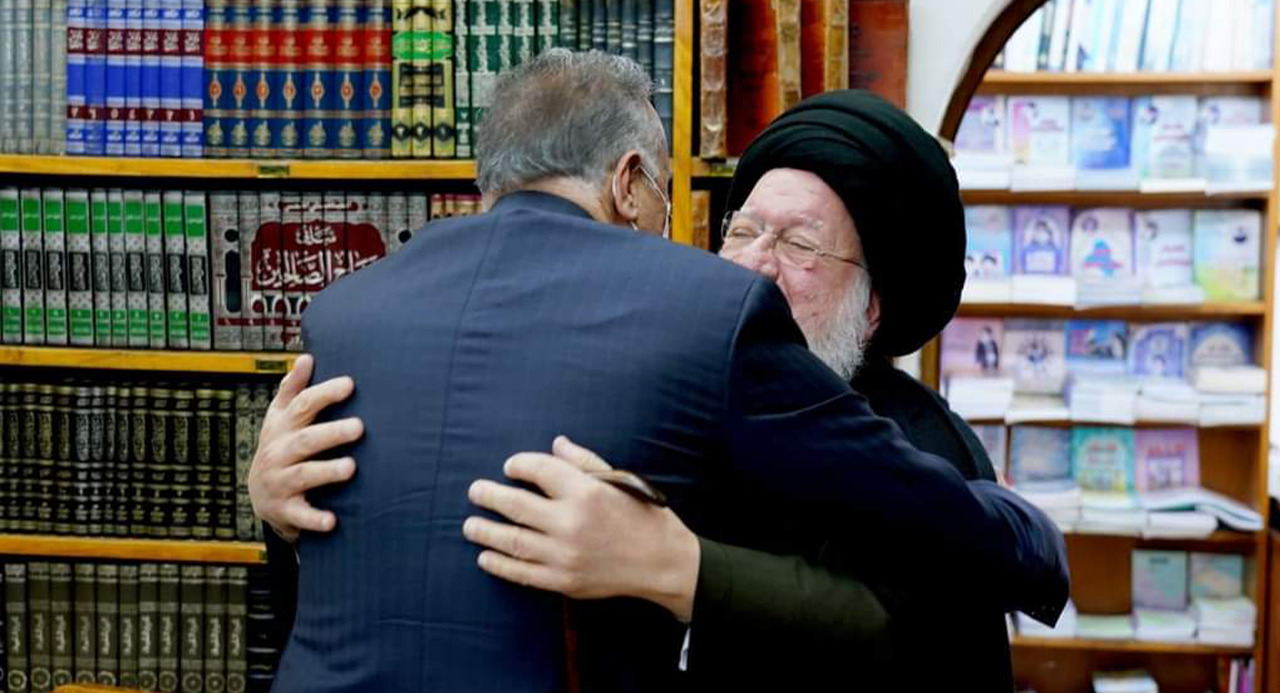 Shafaq News/ The Iraqi caretaker Prime Minister, Mustafa al-Kadhimi, on Wednesday said that his government managed to spare Iraq the economic collapse and deter the threats of ISIS.

Al-Kadhimi's remarks came during a visit to the headquarters of the Shiite cleric Ayatollah Sayyid Hussein al-Sayyid Ismail al-Sadr in al-Kadhimiyah, north of Baghdad.

According to a readout issued by his bureau, al-Kadhimi told Ayatollah al-Sadr that the dictatorship, corruption, and mismanagement left a "heavy legacy" that requires patience and careful management.

"Our country is suffering from the reverberations of the presence of the Kharijites of our time, ISIS, but we successfully deterred it and preserved the economic situation after it was on the verge of collapse."

"Our security forces avenged the blood of our martyrs, killed dozens of terrorists. We will continue to protect our country."

Al-Sadr commended the efforts of al-Kadhimi's government and the security forces, urging it to continue serving the people, promoting the national spirit, and consolidating the integrity of the Iraqi citizen.

Al-Kadhimi: chaos vs state..proceeding with reforms despite the pressure