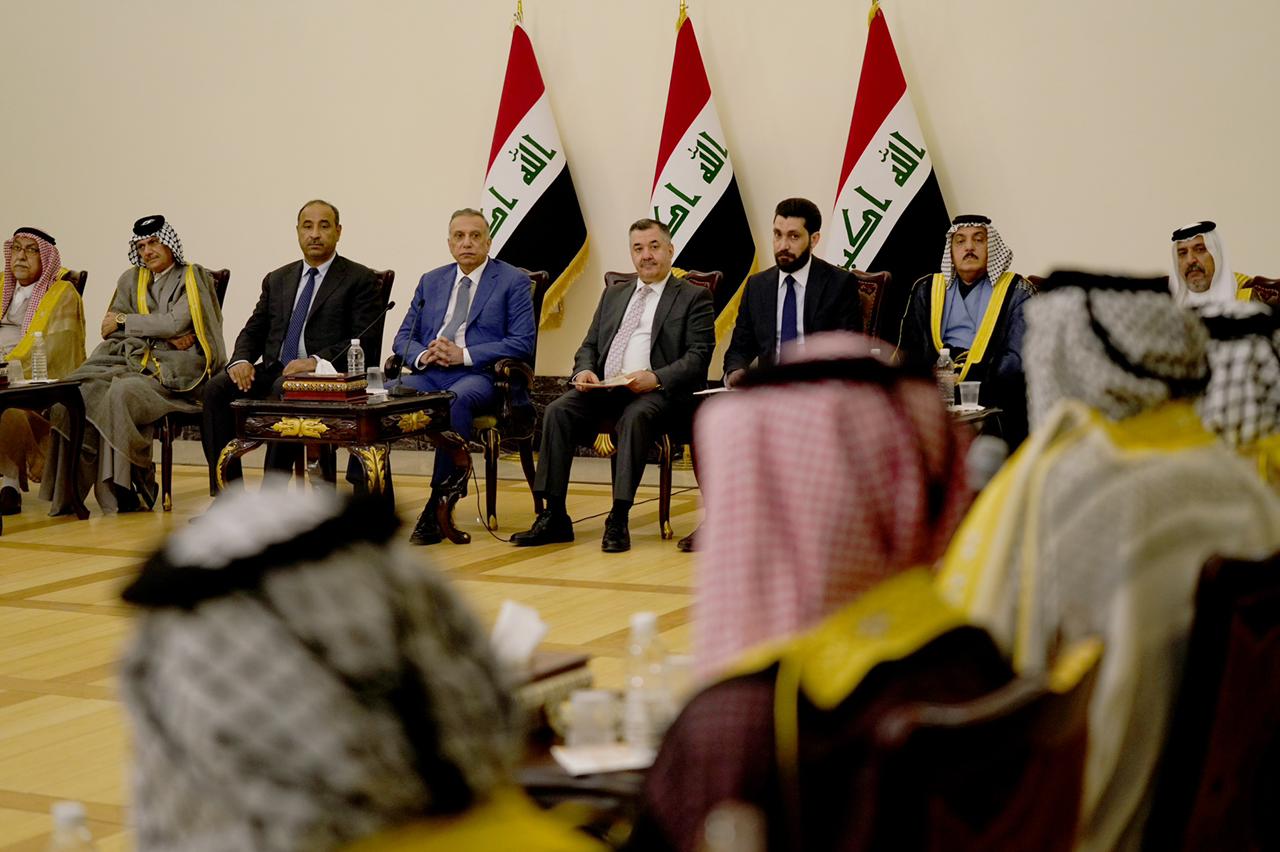 "Al-Kadhimi received Sheikhs of tribes from various Iraqi governorates", according to a statement of the Prime Minister's Media Office.

According to the statement, Al-Kadhimi said, "The social role that the honorable tribes of Iraq play is important in consolidating societal peace and not allowing terrorism to take over", adding, "the clans and their righteous sons proved during the war with terrorism and its remnants that they were the support for the security forces, just as they have a role in creating the appropriate atmosphere for the upcoming elections."

Al-Kadhimi added that the upcoming elections are relied upon to restore the citizen's confidence in the electoral process and the political system, indicating that what is required of the clans today is to support restoring the state's prestige and citizenship, afar from sectarian denominations.