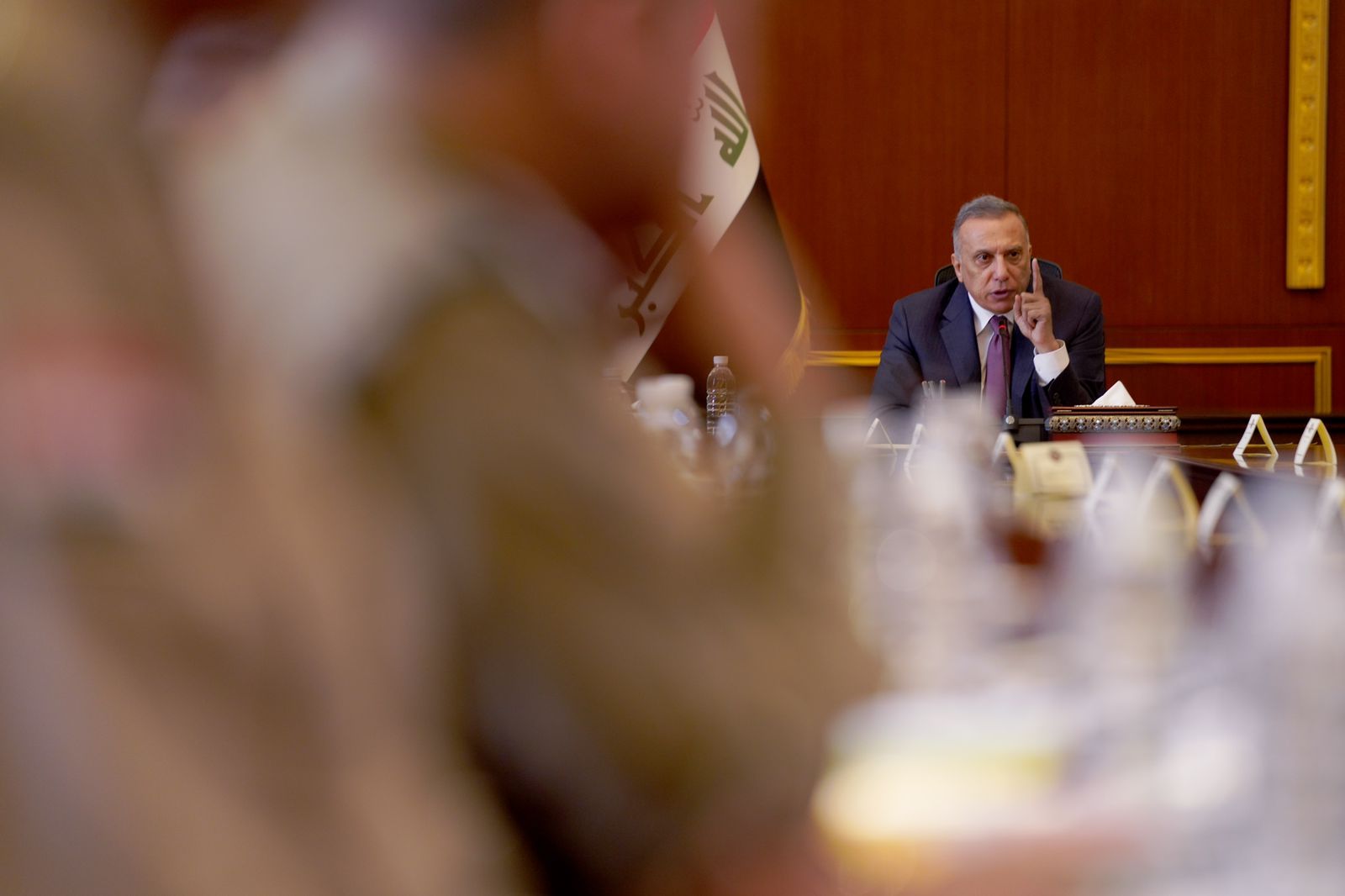 Shafaq News/ The Commander-in-Chief of the Iraqi Armed Forces, Prime Minister Mustafa al-Kadhimi, on Monday chaired the Ministerial Council of National Security in the presence of the police commanders of southern and Mid-Iraq governorates.

According to a readout issued by the Prime Minister's bureau, the meeting discussed the security situation in the country, and the intelligence and security action in the governorates.

Al-Kadhimi commended the security forces' efforts during Ramadan and Eid al-Fitr, highlighting the suicide bombings against the civilians they managed to thwart during this period.

The Commander-in-Chief of the Iraqi Armed Forces said that the military operations shall continue to pursue ISIS remnants and apprehend its commanders.

Al-Kadhimi laid emphasis on "preserving the prestige of the state and acting decisively against violations of the law."

"The country is coping with huge challenges. During this transitional time, the area of violations expands," he continued.

"Those who break the law in the name of our tribes, do not belong to them. The directorate of Tribes in the Ministry of Interior shall continue to discharge its responsibilities in resolving tribal conflicts and deterring intruding tribal deeds."

The council highlighted the efforts of the security forces in combating narcotics and suggested forming a body with extensive powers to track and dismantle narcotics gangs in Iraq.

Iraq’s PM: may Almighty keep the joy, love, and peace throughout our Iraq