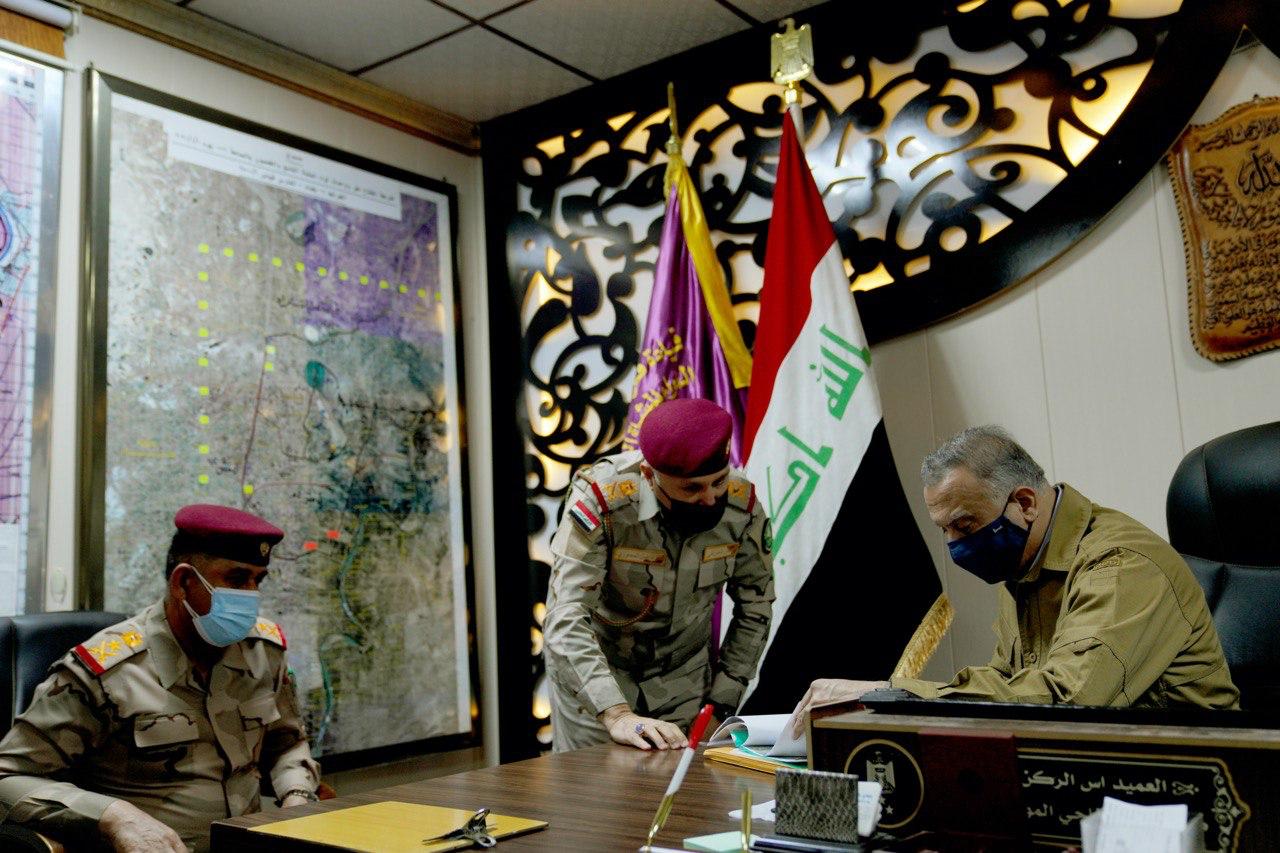 Shafaq News / The Commander-in-Chief of the Armed Forces, Mustafa Al-Kadhimi, stressed the necessity of pursuing ISIS remnants in al-Tarmiyah district, in which the so-called "the Wali and Mufti of al-Tarmiyah" was killed today morning.

Al-Kadhimi's office said in a statement that the latter visited the district to follow up on the operations launched to eliminate ISIS remnants.

Furthermore, Al-Kadhimi visited the 59th Brigade's headquarters, accompanied by the deputy chief of staff of the army and Baghdad operations commander.

Al-Kadhimi met with security personnel and listened to a briefing on the developments in the security situation in the area, and was informed of the details of the military and security operations that are being carried out.

The Prime Minister expressed his appreciation for the security forces' efforts to maintain the country's stability and protect the capital Baghdad.