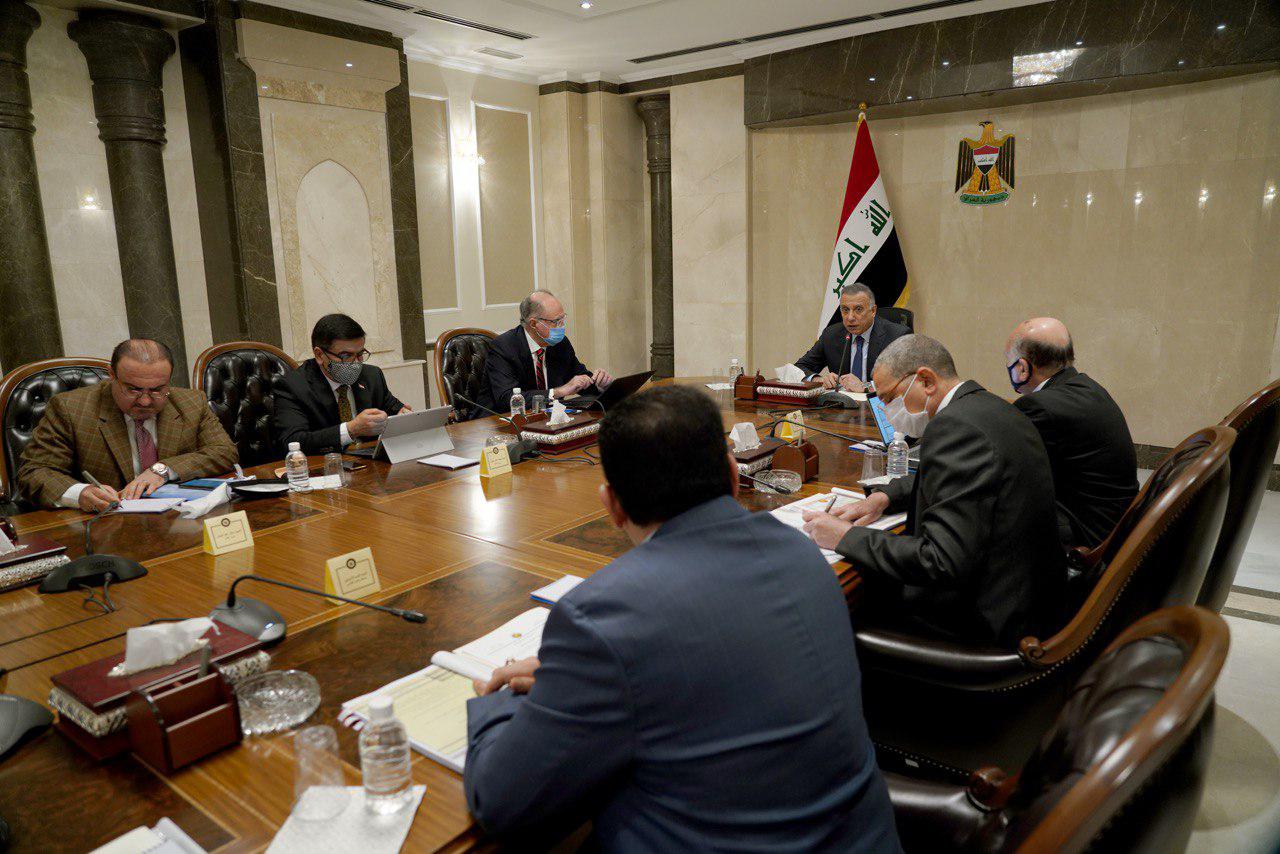 Shafaq News/ The Ministerial Council for National Security held on Wednesday a regular session chaired by the Commander-in-Chief of the Armed Forces, PM Mustafa Al-Kadhimi.

Al-Kadhimi was briefed on the latest developments of the military operations against ISIS sleeper cells. Afterward, the Council discussed a detailed presentation on the intensified intelligence coordination, especially with the security services in Kurdistan Region.

Al-Kadhimi reiterated his directives in unifying the intelligence effort and continuing the pre-emptive campaigns against ISIS.

The Ministerial Council listened to a proposal from the National Security Adviser regarding establishing the national committee responsible for opening the "Babel Central Prison".

Al-Kadhimi issued a directive to complete and secure the infrastructure of Al-Taji prison in a way that provides full protection and takes into account the human rights requirements.

The Prime Minister mandated the Ministry of Justice to prepare a study of an integrated plan to establish more secure prisons that meet the universal standards.