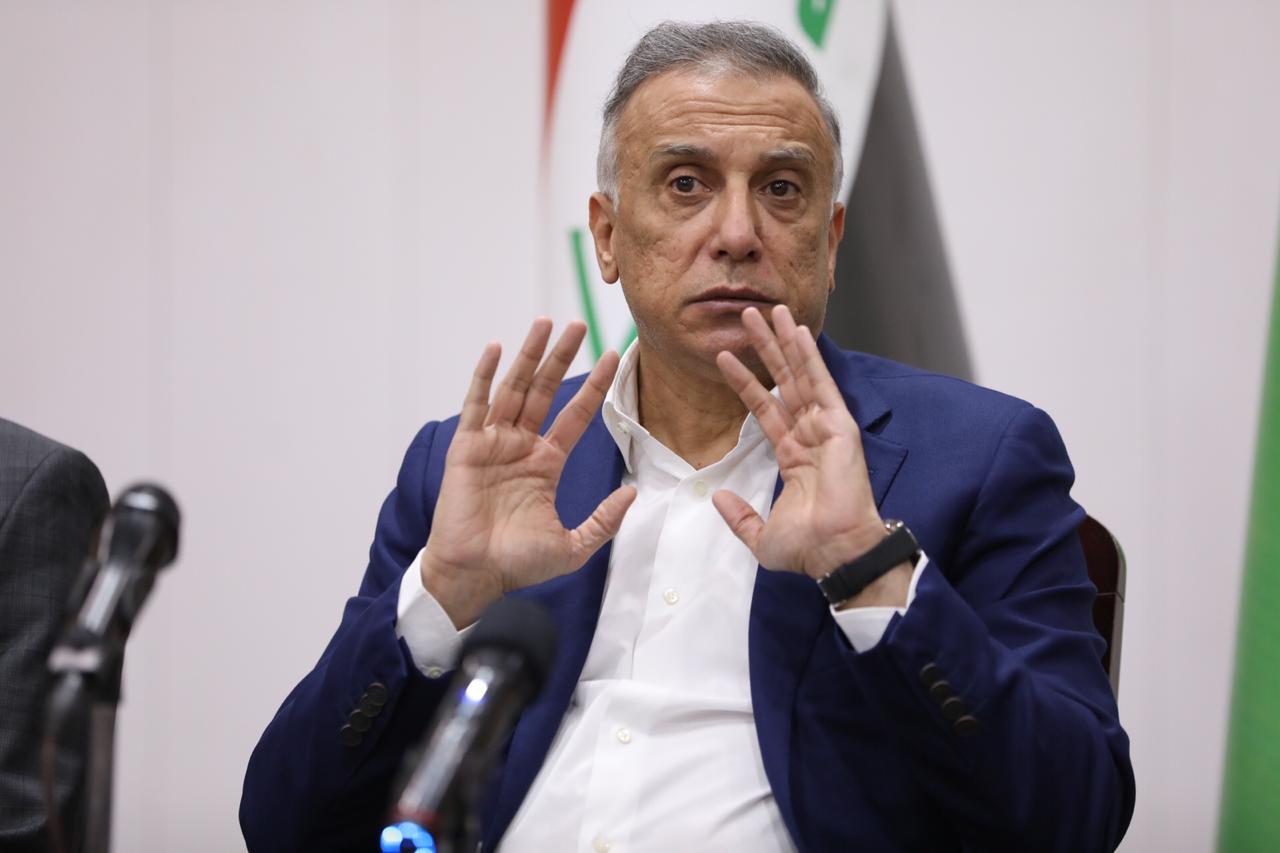 Shafaq News / Prime Minister Mustafa Al-Kadhimi called on Tuesday to spare the region more conflicts and wars, while stressing Iraq's intention to establish balanced relations with neighboring countries in a way that preserves its sovereignty, security and stability.

Al-Kadhimi said in a speech during the tripartite summit with Jordan’s King Abdullah II and Egyptian President Abdel Fattah al-Sisi in the capital Amman, “Our region does not need wars and new conflicts, but rather we need all to stand together and work to achieve what our peoples want that are security, stability, development and a better life. "

He added, "Iraq is committed to a strategic vision that supports the stability of the region that occurs through the continuation of dialogues among all parties."

Al-Kadhimi also said, "Iraq is consistent to establish balanced relations with all neighboring countries, based on the reciprocal respect and non-interference in internal affairs."

He expressed his aspiration to "create a bright future for our peoples in light of the values ​​of peace, tolerance, stability, prosperity, and social justice."

He stressed "the importance of the collective will to defeat terrorism and eliminate it through comprehensive regional and international cooperation and confront all those who support terrorism with financing and arming, and the need to complete the battle against these groups in light of the victory achieved by Iraq against ISIS."

The Prime Minister pointed out that "Iraq is keen on the importance of a comprehensive political solution to the region’s crises on the basis of common historical interests among peoples, in a way that preserves the unity and independence of the countries of the region, their territorial integrity, and the destinies of their people, and allows the preservation of national security.”

He also said, "The vision of Iraq focuses on adopting commonalities, avoiding conflicts and achieving economic integration and cooperation between the three countries through the development of joint (economic) industrial zones, and the need to create multi-faceted strategic partnerships with the aim of enhancing the presence of the Iraqi economy jointly with the economies of Arab countries."

"We are looking forward to cooperate in the economic, commercial and investment fields, also in energy, electricity, infrastructure, reconstruction, transportation and health," he said.

He added, "The historical and geographical ties among Iraq and its brothers in the Hashemite Kingdom of Jordan and the Arab Republic of Egypt provide us with opportunities to build a base for common economic interests that secure long-term investment partnerships and broad-based trade exchange, as well as enriching the Iraqi, Jordanian and Egyptian markets with the joint products of these countries, and in a way that contributes to enhancing the presence of the Arab market.

Al-Kadhimi at The White House..Stuck between Trump's unpredictability and Iraq’s tangled files

INSC: the demand for rights should be matched by the respect of the law