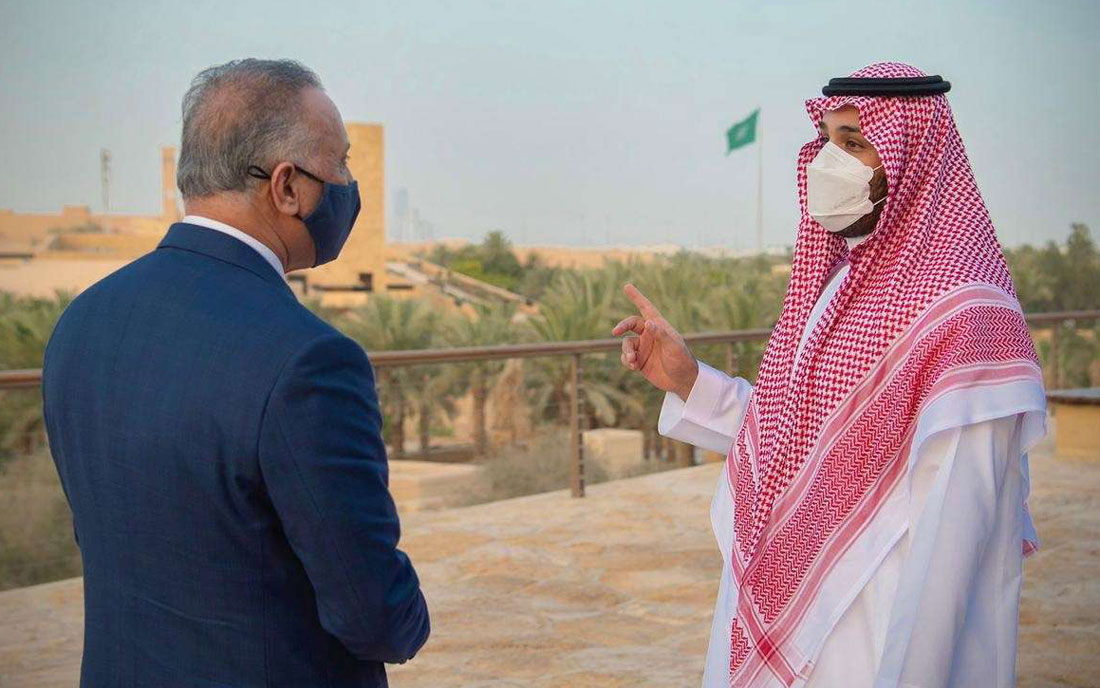 Prince bin Salman expressed, according to a statement, "heinous Kingdom condemnation of the sinful attack against Prime Minister."

The Crown Prince conveyed the greetings of King Salman bin Abdulaziz and his congratulations on safety and survival, stressing the Kingdom's keenness on Iraq's security and stability, and its solidarity with the Iraqi government and people in facing challenges.

Al-Kadhimi was subjected to a failed assassination attempt with three drones loaded with explosives, one of which exploded on his house in the Green Zone in central Baghdad.

Iraq’ Al-Kadhimi to protect the economy from the collapse