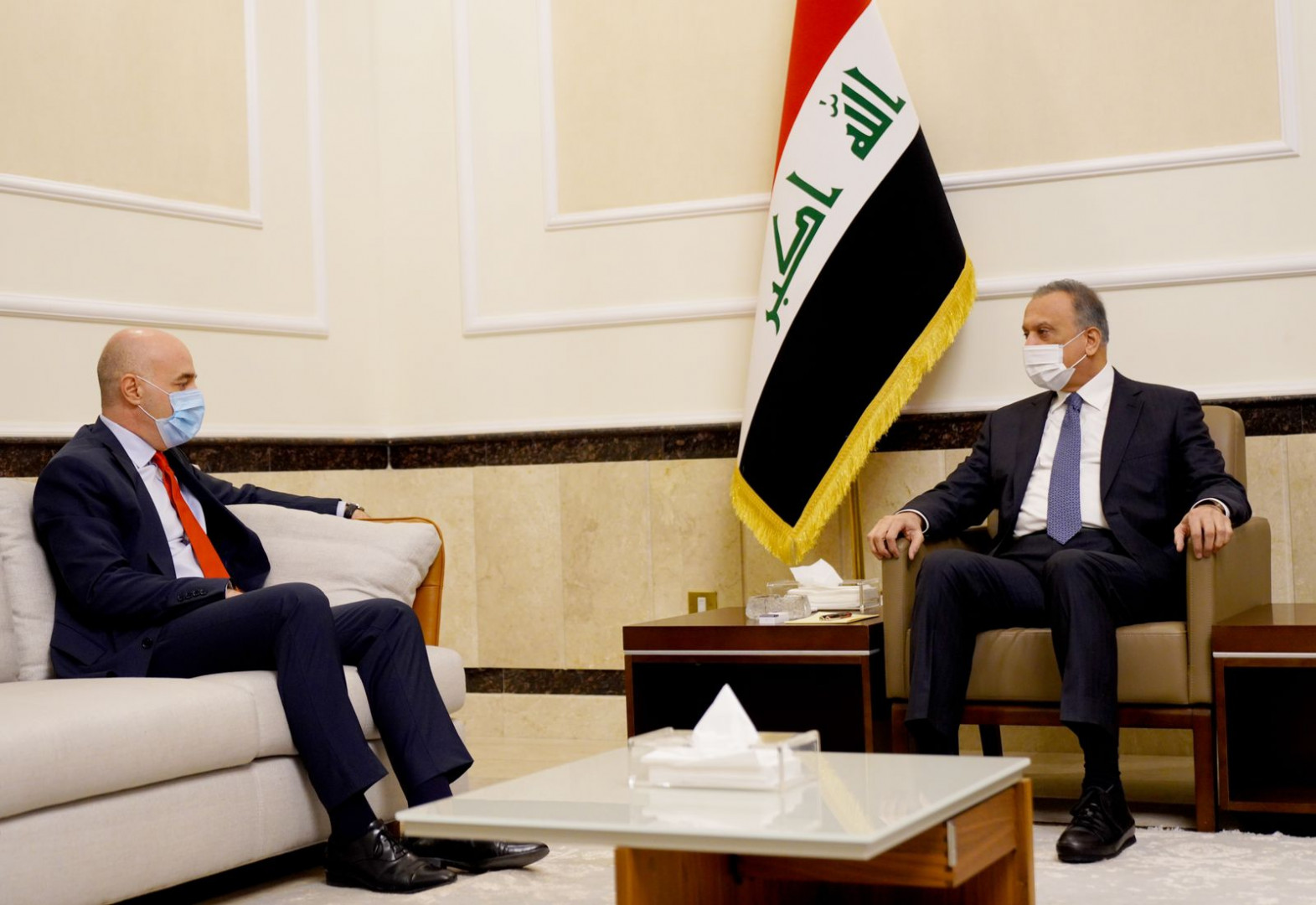 According to a readout issued by his office, PM al-Kadhimi discussed with his guest the bilateral economic, commercial, and security ties between Baghdad and Ankara.

Al-Kadhimi asserted that the Iraqi security forces will continue to pursue the "remnants of terrorism" and eradicate its nurturing environment in order to "achieve stability and pave the way for sustainable development for the people of the region."

The Turkish diplomat conveyed the greetings of President Recep Tayyip Erdogan, reiterating his country's commitment to supporting Iraq in the battle against terrorism and the reformative steps the Iraqi government has taken.