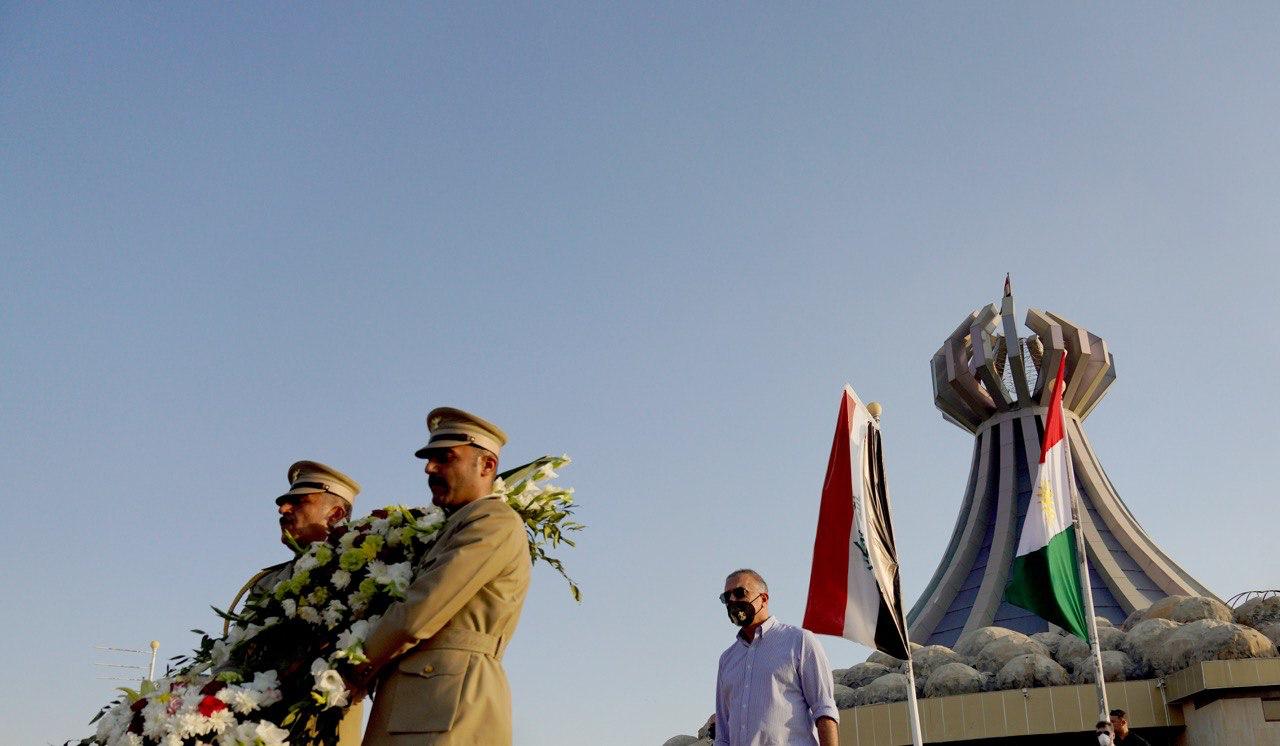 Shafaq News / Prime Minister Mustafa Al-Kadhimi recalled today the Halabja massacre, in which thousands of Kurds were killed by the former regime.

"Today we remember a painful turn in the history of our people's struggle against tyranny and dictatorship, as the 33rd anniversary of the bombing of Halabja, with chemical weapons, which killed thousands of civilian victims," ​​Al-Kadhimi said in a statement today.

He added, "The bitterness of that tragedy warns us of what a weapon of mass destruction can wreak when it falls in the hands of a tyrant, and what can be committed in the name of hatred and racism."

"Today, we are inspired by the sacrifices of the martyrs and the groans of their souls as they fight, in order to build another Iraq, a free, democratic Iraq that cherishes its people and citizens in every inch of its holy land."