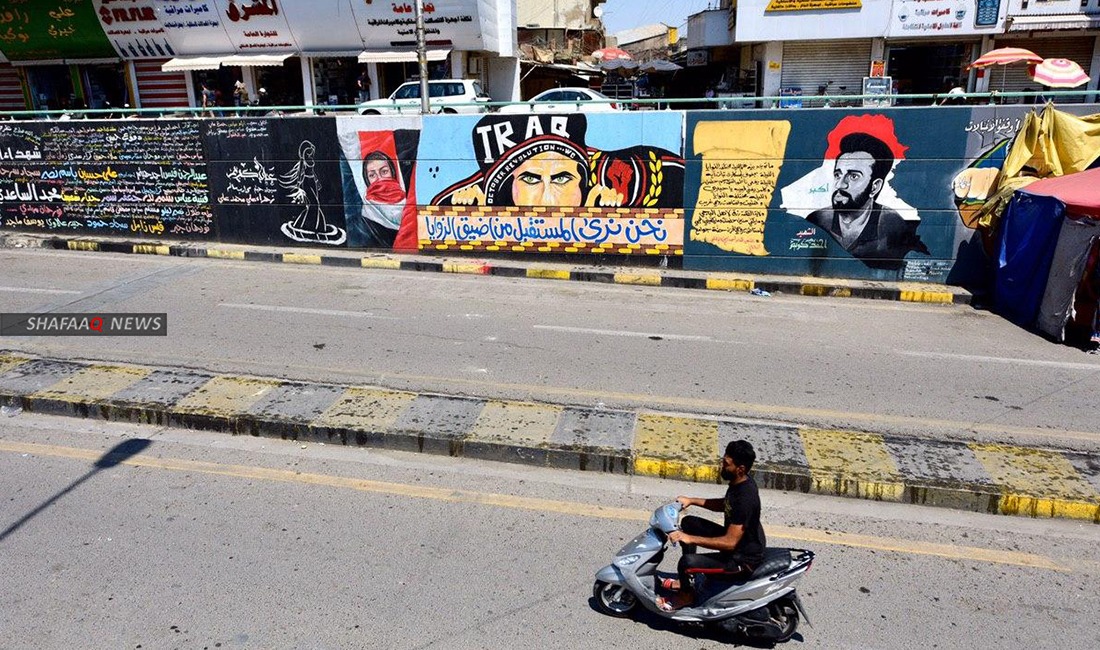 Shafaq News / Iraqi Prime Minister Mustafa Al-Kadhimi recalled on Thursday the biggest protest in Iraq since the fall of Saddam Hussein in 2003, when Iraqis pour into streets demanding early elections and political reforms.

“On October national demonstrations’ first anniversary, we reaffirm the loyalty to our people and to the road map drawn by the sacrifices of our young men and women.” Al-Kadhimi said in a statement

He added, "Our nation faces real and serious challenges, especially the accumulated challenges from previous governments, our economy is badly weakened since it depends on oil revenues, which we are working to change completely."

"The Coronavirus pandemic and its repercussions at the international level emphasized the need to protect our society from any emerging crises."

"We were and are still loyal to the October Movement, and we have worked since the first day of assuming the government to honor the martyrs and the wounded and hold accountable those involved in killing or wounding them," he said.

Al-Kadhimi declared, "This sensitive stage requires that everyone, including political forces and popular actors to unite to reach free and fair early elections."

He addressed the Iraqis, saying, "This is your country, prevent any foreign party from interfering in its affairs and decisions."

Al-Kadhimi: some parties are trying to “ignite sedition" in Nasiriyah