Al-Kadhimi on Ain Assad attack: Perpetrators do not belong to Iraq 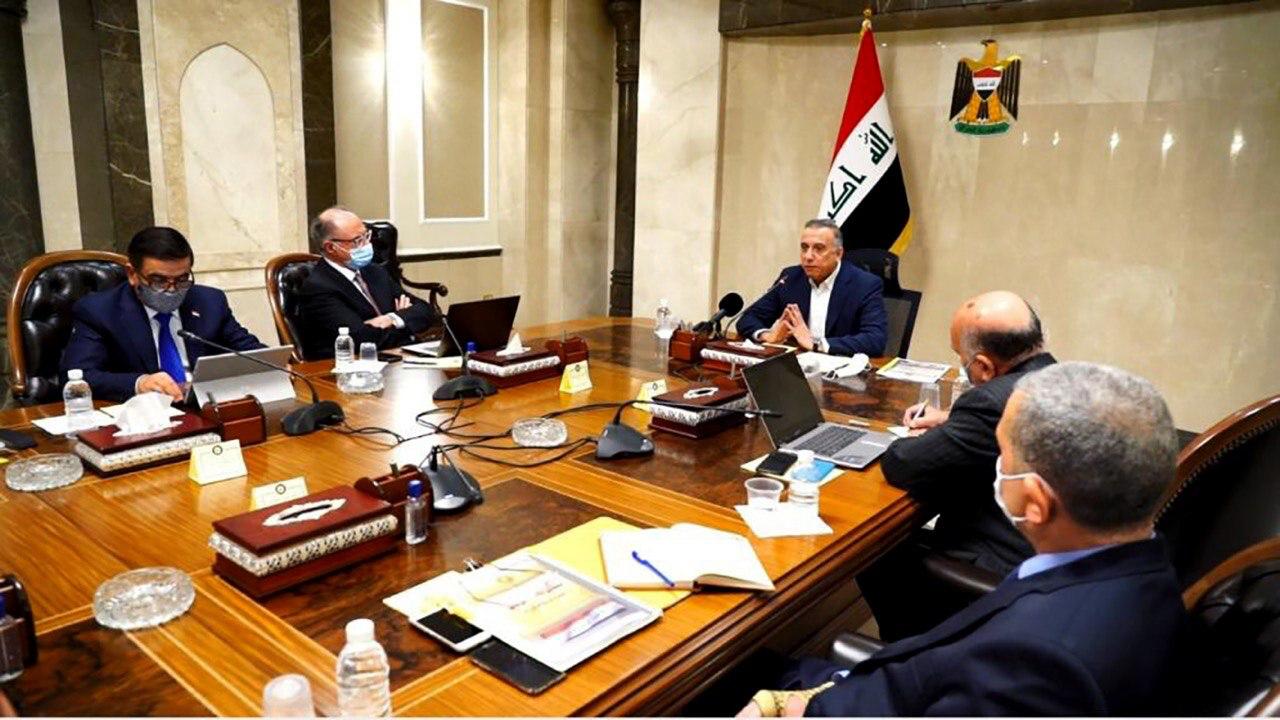 Shafaq News/ The Ministerial Council of National Security convened today, Wednesday,  chaired by the Commander-in-chief of the Armed Forces, Mustafa Al-Kadhimi, and discussed a spectrum of developments, including the recent attack on Ain Assad airbase in al-Anbar.

The media office of the Prime Minister said in a statement received by Shafaq News Agency, "The Ministerial Council for National Security held today a meeting chaired by Al-Kadhimi, during which they discussed recent security developments. The commander-in-chief observed the preparations for Pope Francis' historic visit to Iraq, which will pave its way towards stability, development, and prosperity, and will strengthen Iraq's international symbolism and religious reference."

"The council discussed the attack on the Ain Assad base this morning," he said, "Such attacks are carried out by groups that have no real belonging to Iraq. Targeting Iraqi military bases can not be justified by any means, and it harms the progress Iraq has made towards achieving regional and international security and stability."

The commander-in-chief of the armed forces stressed, "the security services have clear instructions to take a decisive position towards these groups no matter their backgrounds and how much they try to create a fake facade of affiliation security, abusers will be held accountable, and we will do everything to protect our heroic security forces."

Al-Kadhimi explained, "Any party that believes they are above the state or are able to impose their agenda on Iraq and on the future its citizens are delusional. Our national and moral responsibility towards our people requires that we don't allow the logic of arms to rule the logic of the state; Iraq must remove itself from regional and international conflicts and move solemnly to what serves its own good. We call upon all political forces to take loud and clear positions to support the government in this framework and to protect the people and the state."

Regarding the foreign presence on Iraqi territory, the commander-in-chief of the armed forces stressed that by the time those forces came at the request of the Iraqi government at the time, "this government took it upon itself to start a strategic discussion with the United States that has so far resulted in the departure of 60% of the Coalition forces from Iraq by only using the language of dialogue and not the language of arms. We are continuing the dialogue according to the priorities and needs of Iraq by agreeing on timetables for the combat forces to leave and agreeing on ways that provide the training, support, and advice for our security forces."