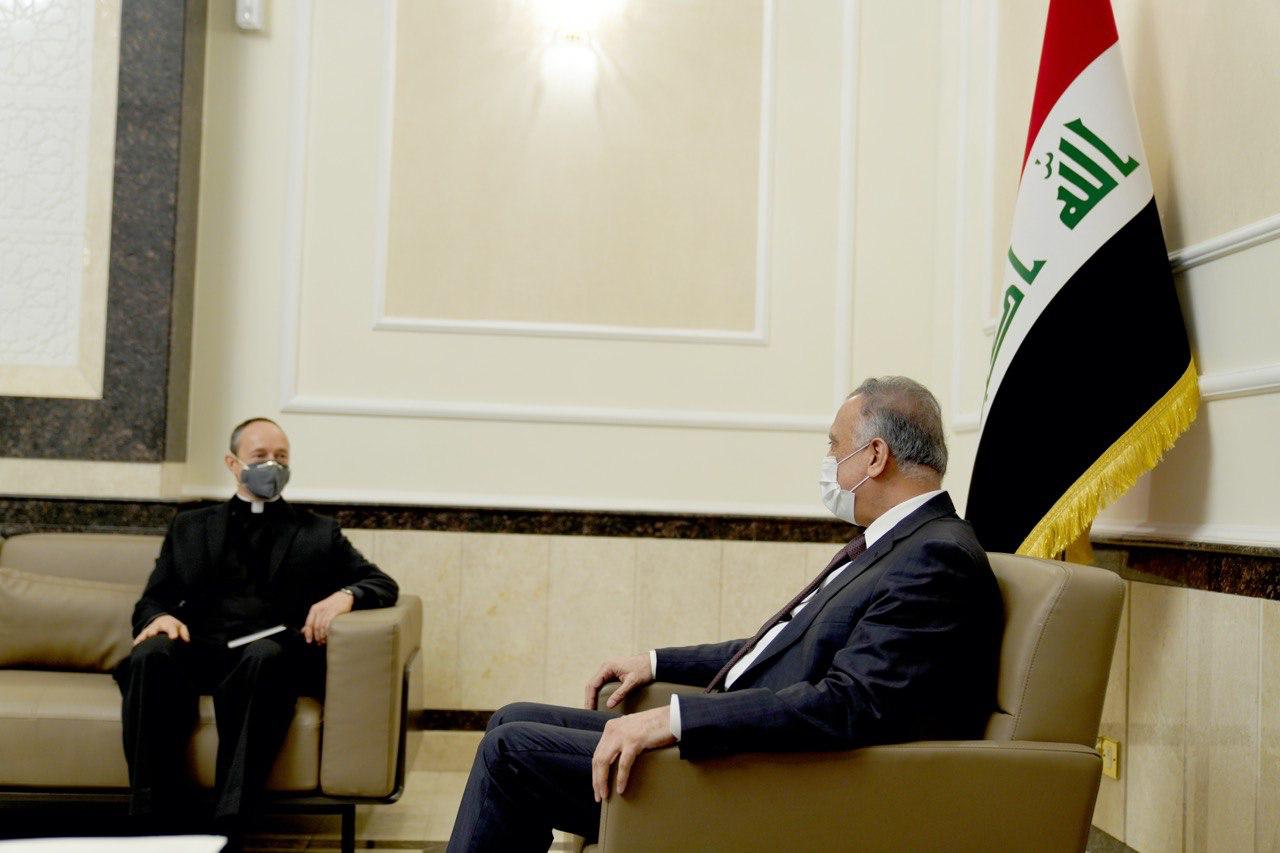 Shafaq News / The Iraqi Prime Minister, Mustafa Al-Kadhimi, confirmed that Iraq's government and people are waiting for Pope Francis's visit to the country next month.

In a statement, Al-Kadhimi's office said that the latter received the Vatican ambassador in Baghdad, and discussed the preparation for Pope Francis's visit to the country.

"The visit of His Holiness the Pope will contribute to consolidating stability and spreading the spirit of brotherhood in Iraq and the region", Al-Kadhimi said.

He added that Iraq's government and people of all sects welcome Pope Francis in their country, and amplify His Holiness's efforts in supporting the right causes, confronting extremism and spreading the spirit of tolerance.

For his part, the ambassador expressed his, "great appreciation and gratitude to the Iraqi government for its efforts in facilitating the procedures of the historic visit that Pope Francis will pay to Iraq next month."