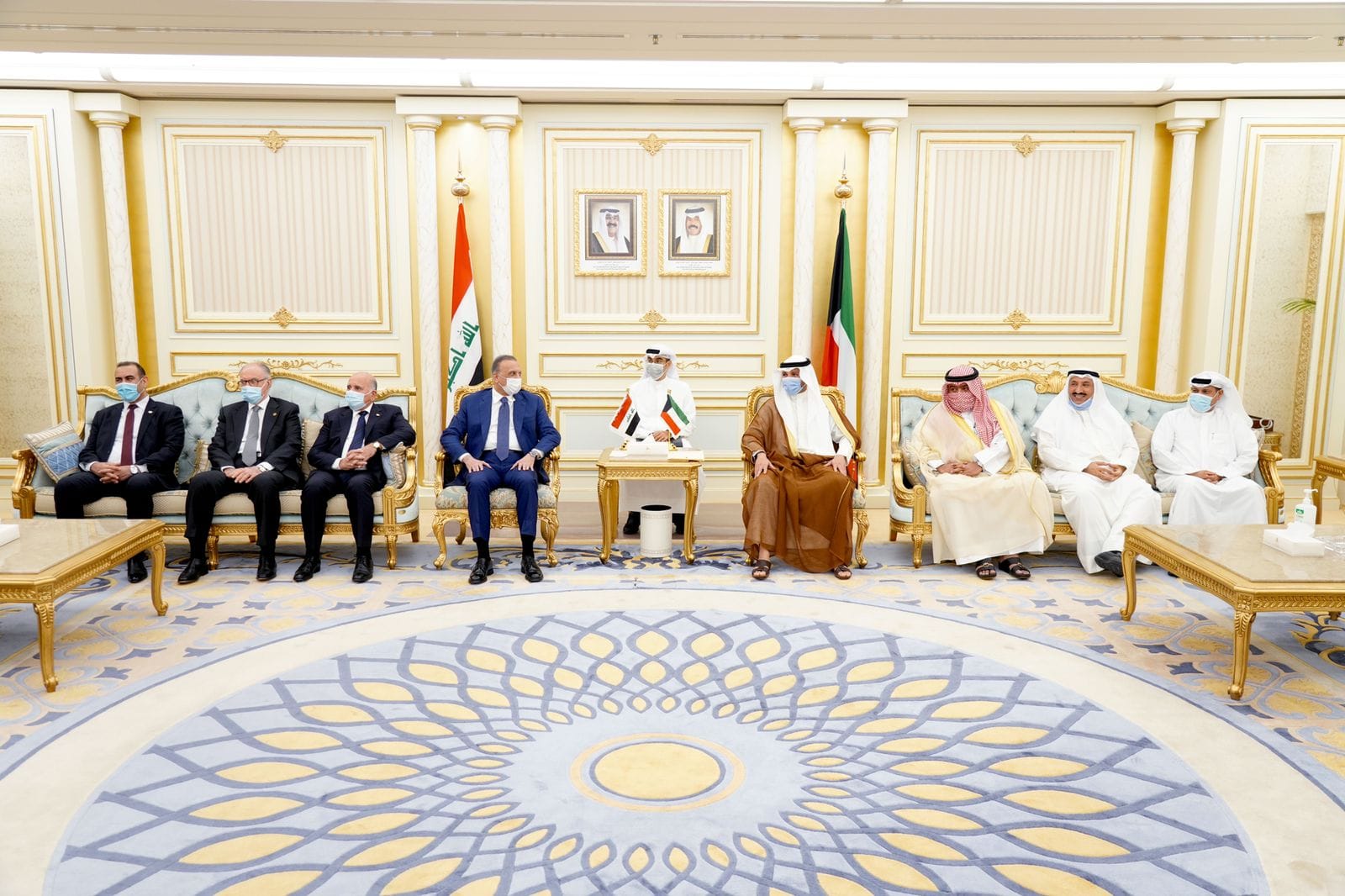 Shafaq News/ The Emir of Kuwait, Sheikh Nawaf al-Ahmad al-Jaber al-Sabah, received on Sunday the Iraqi Prime Minister, Mustafa al-Kadhimi, and his accompanying delegation in the Bayan Palace in Kuwait.

The meeting attended by the Kuwaiti Prime Minister, Sheikh Sabah Khaled al-Hamad al-Sabah, discussed the bilateral relations between Iraq and Kuwait, according to Kuwaiti official media.

Promoting the commercial exchange between the neighboring countries was the main focus of the meeting "amidst mutual keenness to develop partnership and play an active role in sustainable development, industrial and trade investments."

Al-Kadhimi makes his first trip to Kuwait as PM

The visit is al-Kadhimi's first since he took office in April last year.

In a brief press release ahead of his departure, al-Kadhimi said that the visit is a part of the government's endeavors to "bolster cooperation and bilateral ties with various states, including Kuwait."

The visit, according to the press release, will touch upon an array of economic, political, energy, investment, among other files.

The Premier reiterated his cabinet's commitment to holding the early election as scheduled on October 10, as it laid the foundations for "one of the best democratic practices the country have ever witnessed."

The Iraqi Ministry of Foreign Affairs announced last Friday that al-Kadhimi will visit Kuwait in few days for talks on promoting trade between the two neighboring countries.

Al-Kadhimi will also meet Kuwaiti businesspeople to encourage them to invest in Iraq’s “ trade market and sustainable development,” the ministry added without giving a specific date for the visit.

The ministry added that Iraq’s ambassador to Kuwait al-Manhal Al Safi had discussed with head of the Kuwait Chamber of Commerce and Industry Mohammed Jassim the premier’s coming visit.

In recent years, Iraqi-Kuwaiti ties have eased after years of strains due to Saddam Hussein’s 1990 invasion of Kuwait.

Iraq is set to host a regional conference later this month for neighboring countries aimed to defuse tensions in the region.

Iraq is seeking to rebuild its economy exhausted by an ISIS sweep into the country in 2014 and an ensuing devastating war against the terror group.