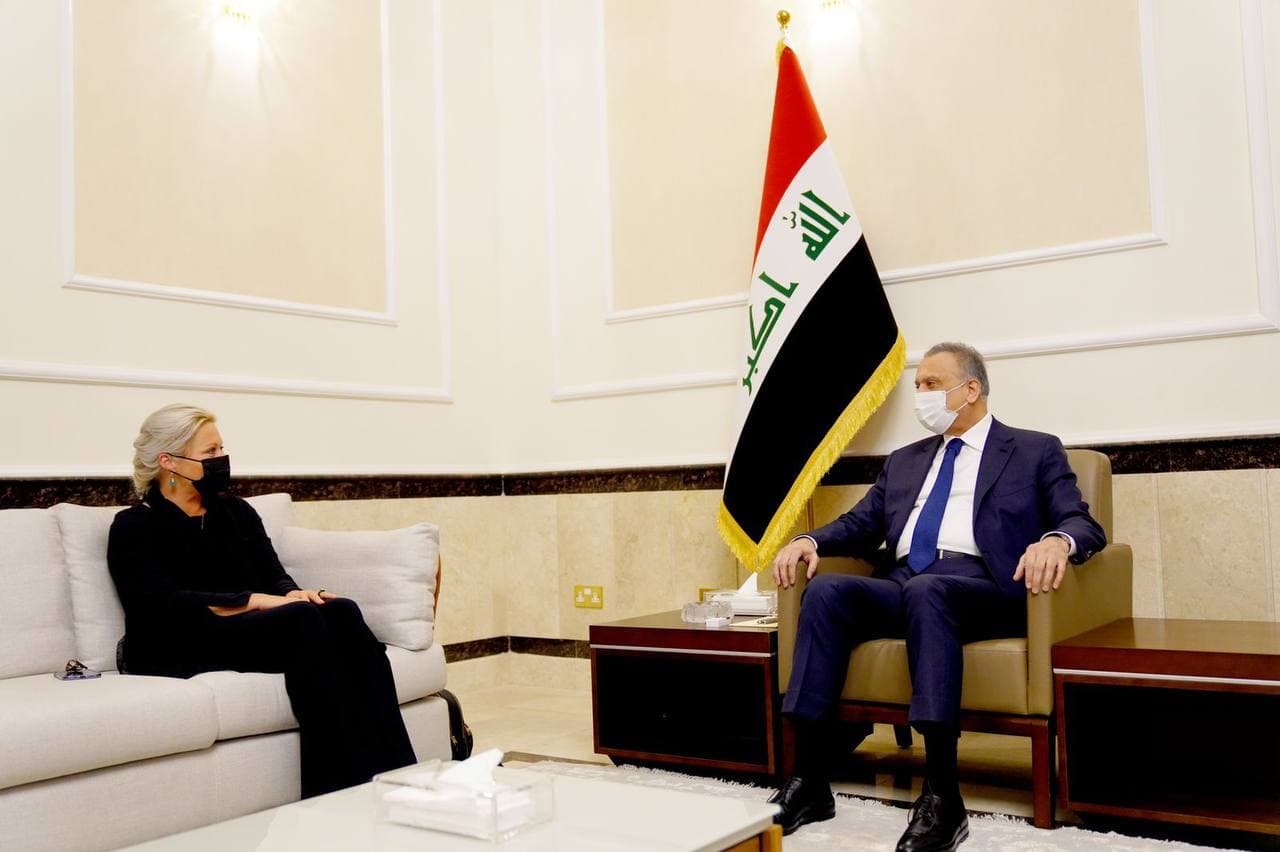 Shafaq News/ Iraqi Prime Minister, Mustafa Al-Kadhimi, on Thursday held a series of meetings with the Special Representative of the Secretary-General of the United Nations in Iraq, Jeanine Hennis-Plasschaert, and a number of European ambassadors.

According to a readout issued by his office, al-Kadhimi discussed with his guests "Iraqi affairs and bilateral ties, subjects of mutual interests, and coordination on the international arena."

During his meeting with the French Ambassador to Iraq, Eric Chevalier, al-Kadhimi discussed "ways to develop cooperation and consolidate bilateral relations between Iraq and France."

"Al-Kadhimi iterated Iraq's keenness to build partnership and exchange relations with France, in a manner that strengthens the bonds of friendship between the two nations."

Al-Kadhimi and Cricante exchanged views on cooperation prospects between Iraq and Italy, which will lead the NATO mission in Iraq this year and the role it can play in providing advice and training to the Iraqi forces.

The meeting deliberated ways to bolster the bilateral relations between Baghdad and Rome on the economic, cultural, and health levels for the benefit of both countries.

The Prime Minister met with the Russian ambassador to Iraq, Elbrus Kotrachev, and his accompanying delegation. The meeting discussed aspects of cooperation between Iraq, Russia, and neighboring countries, and Iraq's contribution to the region's stability.

Iraq's PM confirms: the Normalisation file will not be discussed at Jeddah's summit