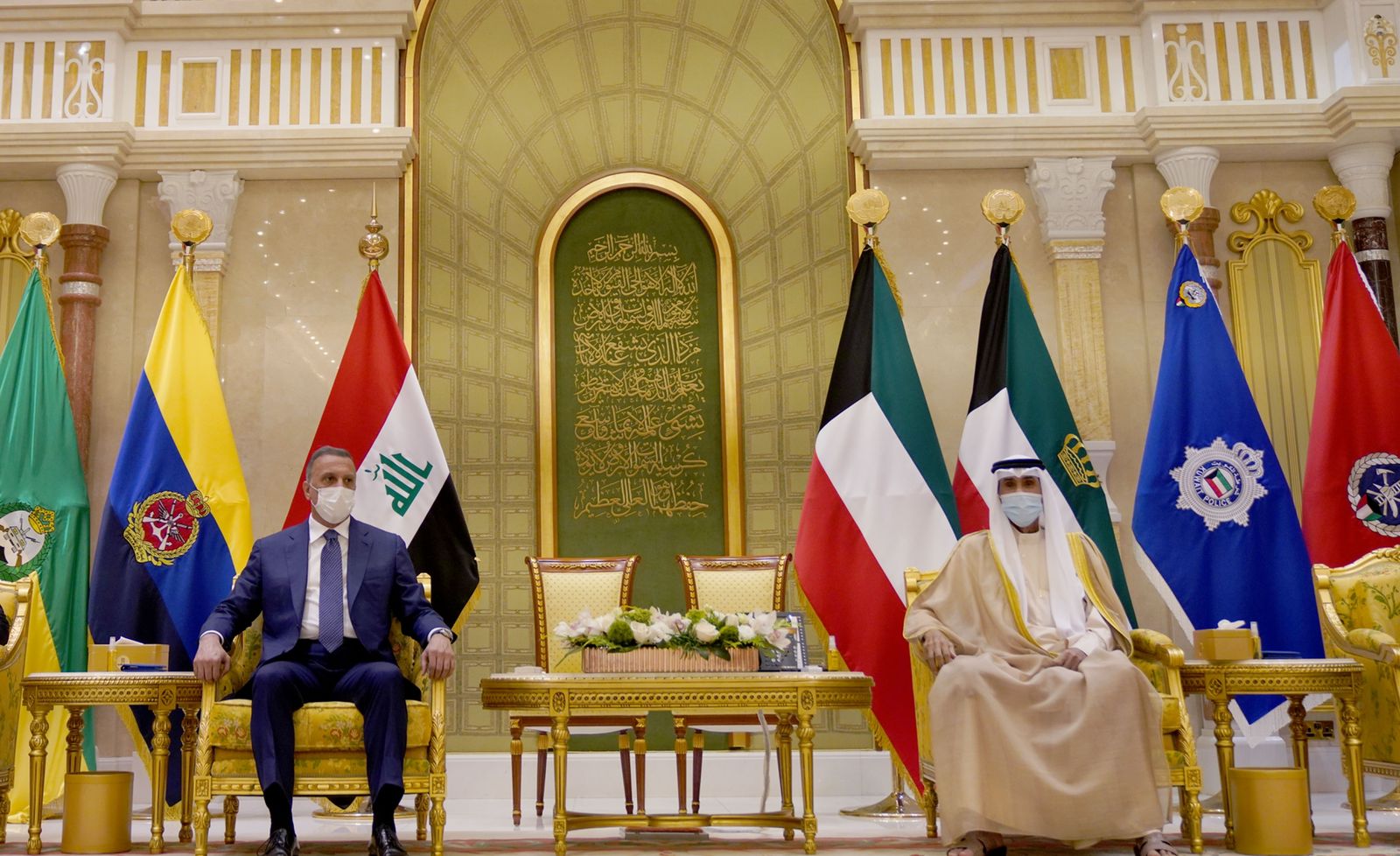 Al-Kadhimi indicated that "Baghdad will host, at the end of this month, the leaders of Iraq's neighboring and regional countries at the Baghdad Conference, expressing Iraq's desire for the State of Kuwait to participate at the highest levels."

For his part, Emir Nawaf al-Ahmad al-Jaber al-Sabah, according to the statement, welcomed al-Kadhimi and his accompanying delegation in Kuwait, expressing his wishes to strengthen cooperation between the two brotherly countries.

Al-Sabah affirmed, "Kuwait will continue to support Iraq and its government in facing the challenges and participate in overcoming obstacles in order to promote the best relations."

Al-Kadhimi transports by a military helicopter to avoid Basra demonstrations