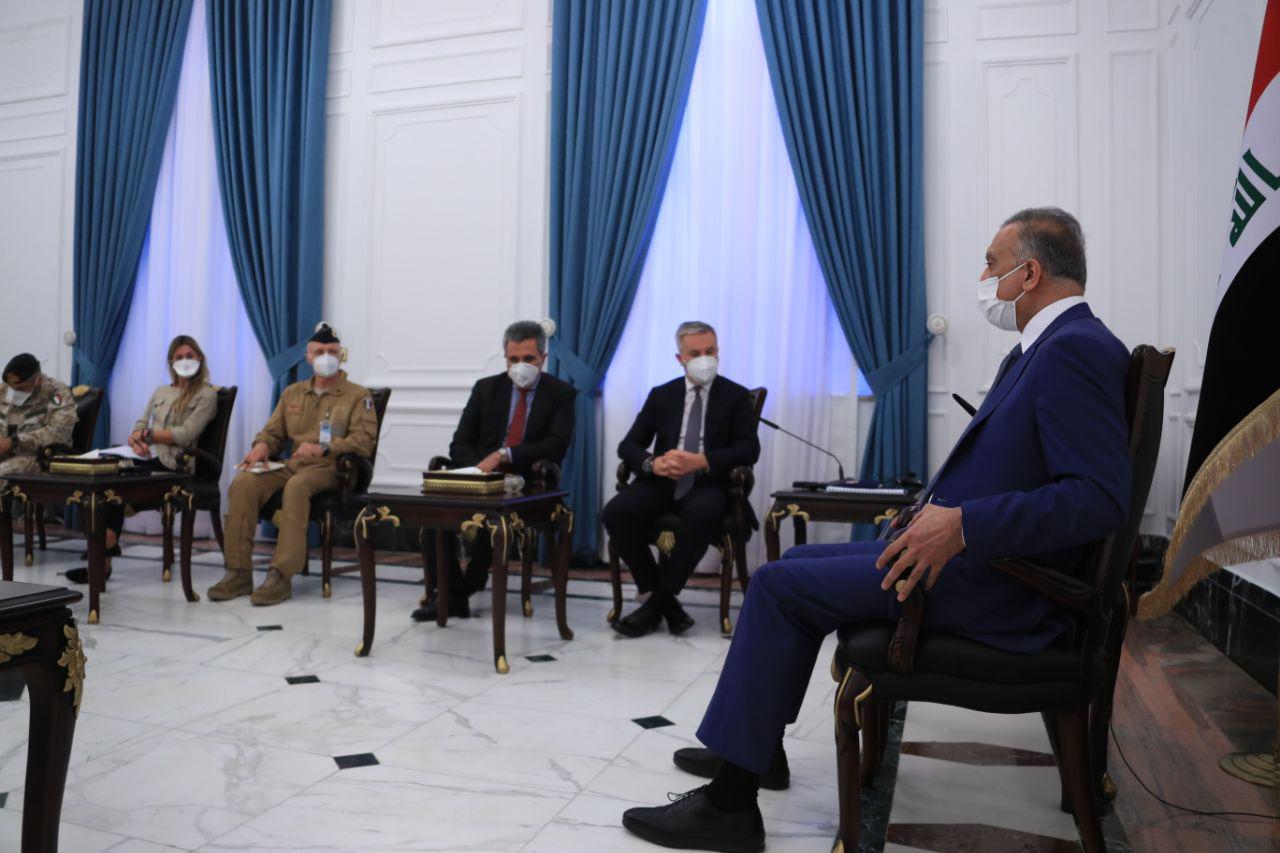 Shafaq News / Iraqi Prime Minister Mustafa Al-Kadhimi said on Monday that his government is facing a "serious" challenge represented by the illegal weapons that threaten the security in Iraq.

This came during his meeting with Italian Defense Minister, Lorenzo Guerini and his accompanying delegation, according to a statement issued by Al-Kadhimi's office.

During the meeting, they discussed "strengthening cooperation between Iraq and Italy in the fields of security, training the Iraqi forces, and the military industry."

Al-Kadhimi expressed, "Iraq's readiness to strengthen bilateral relations with Italy, as well as with the international coalition."

And he indicated that "ISIS still a real threat in Iraq through their sleeper cells," stressing that "the security forces continue their military and intelligence operations in this context."

The PM also affirmed that "the Iraqi government today faces a serious challenge represented by illegal weapons that threaten security and stability," noting that "the security services are working hard to enforce the law, protect citizens, enhance the security of diplomatic missions, and pursue outlaw groups."

For his part, Italian Defense Minister affirmed, "The keenness and interest of his country's government to strengthen cooperation with Iraq in the field of combating terrorism, which still exists and threatens the security of Iraq and the region," and expressed his appreciation for bilateral cooperation in several levels including the NATO level.

Guerini indicated that the efforts of the international community should be directed to support the Iraqi government, as its success is important to the stability of the entire region.