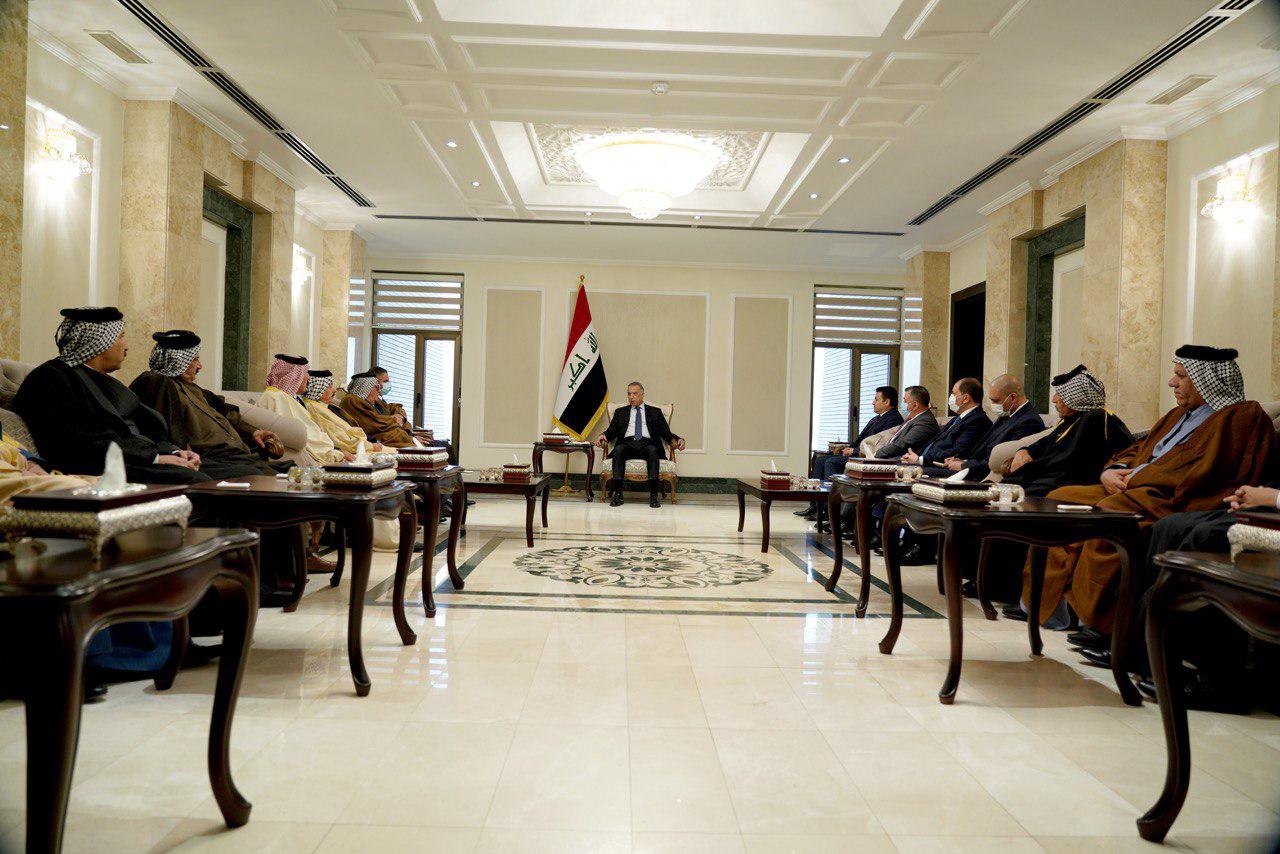 Shafaq News/ The Iraqi Prime Minister, Mustafa Al-Kadhimi, met today, Monday, a delegation of the dignitaries and the Sheikhs of Dhi Qar tribes, vowing that his government is seeking to establish major projects in the field of oil and gas investment in the governorate.

According to his office's statement, al-Kadhimi said during the meeting, "Dhi Qar represents a model for the benevolent governorate, whose people relentless offer their lives to protect Iraq as a whole and confront terrorism on all fronts."

He added, "The time has come to an end the suffering and think about building Dhi Qar and serving its honorable people. This requires cooperation and patience to achieve what we aspire to. Although there are no magical solutions, the government is determined to face the challenges and move to the stage of construction and development. Dhi Qar is a governorate that we are proud of and belong to."

The guests provided the Prime Minister with a briefing about the governorate's conditions and the most important service and administrative obstacles it faces, as well as its social and security problems and the repercussions of the demonstrations.

The Prime Minister directed the relevant agencies to "speed up the lagging service projects in the governorate, and prioritize to the Turkish hospital project and open it as soon as possible," stressing "the government's exceptional endeavor to establish major projects in the field of oil and gas investment in Dhi Qar, through foreign companies. It will have a positive impact on providing job opportunities and developing economic life in the governorate. "

He directed the Ministry of Construction, Housing, and Municipalities to "put an urgent service plan to provide municipal services to the city of Nasiriyah and the general districts and sub-districts of the governorate." He also directed the governorate's security services to "scrutinize the implementation of arrest warrants, and what is related to cases of special right and murder."

Iraq concludes an agreement on Solar energy with a Chinese company