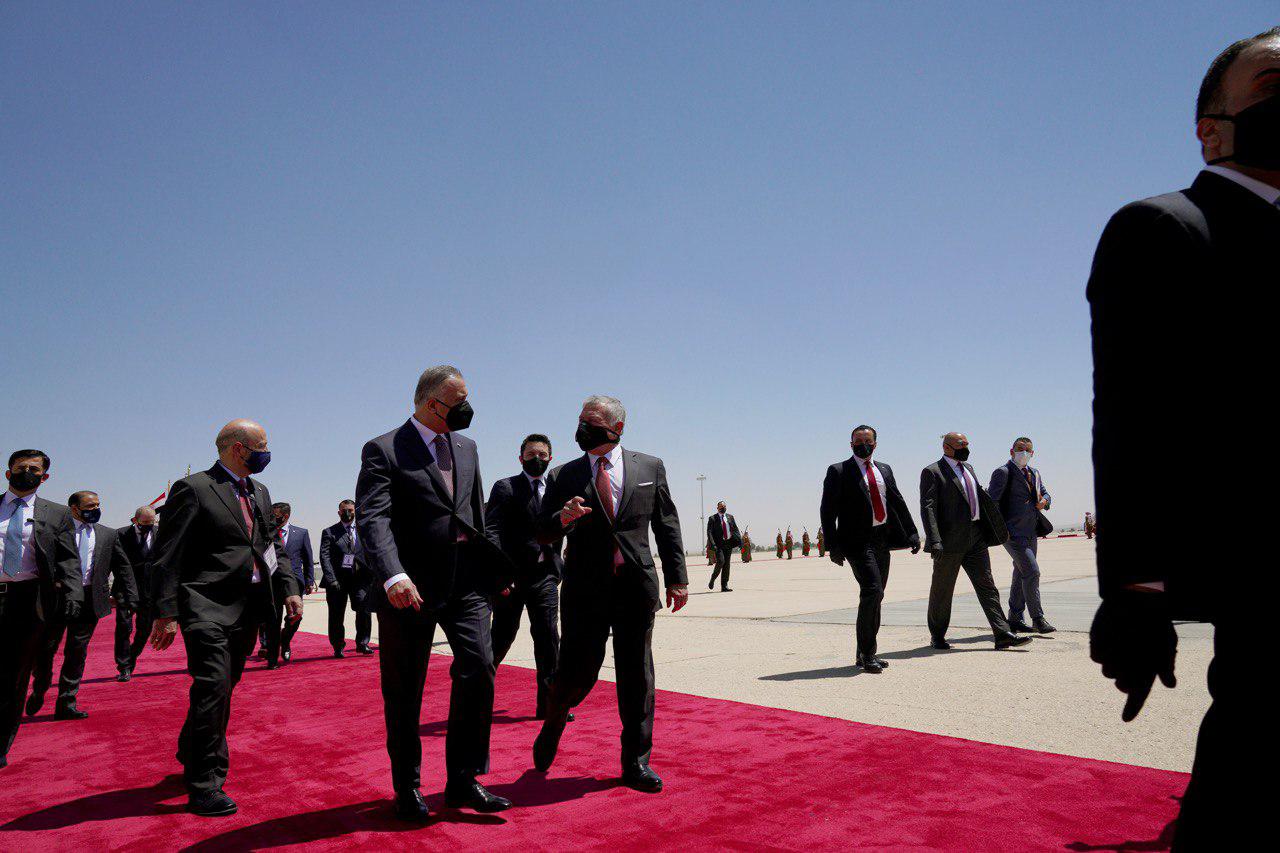 Shafaq News / Iraqi Prime Minister, Mustafa Al-Kadhimi, held a round of bilateral talks with Jordanian King Abdullah II. The talks touched upon the bilateral relations, the most important joint files and developments in the region.

Al-Kadhimi had arrived earlier today in the Jordanian capital, Amman, to participate in the tripartite summit that assembled the Iraqi, Egyptian and Jordanian sides. The summit will be devoted to discussing cooperation and developing economic relations, as well as ways to enhance coordination on the investment and trade levels.

Iraqi ministers to meet their Egyptian and Jordanian counterparts