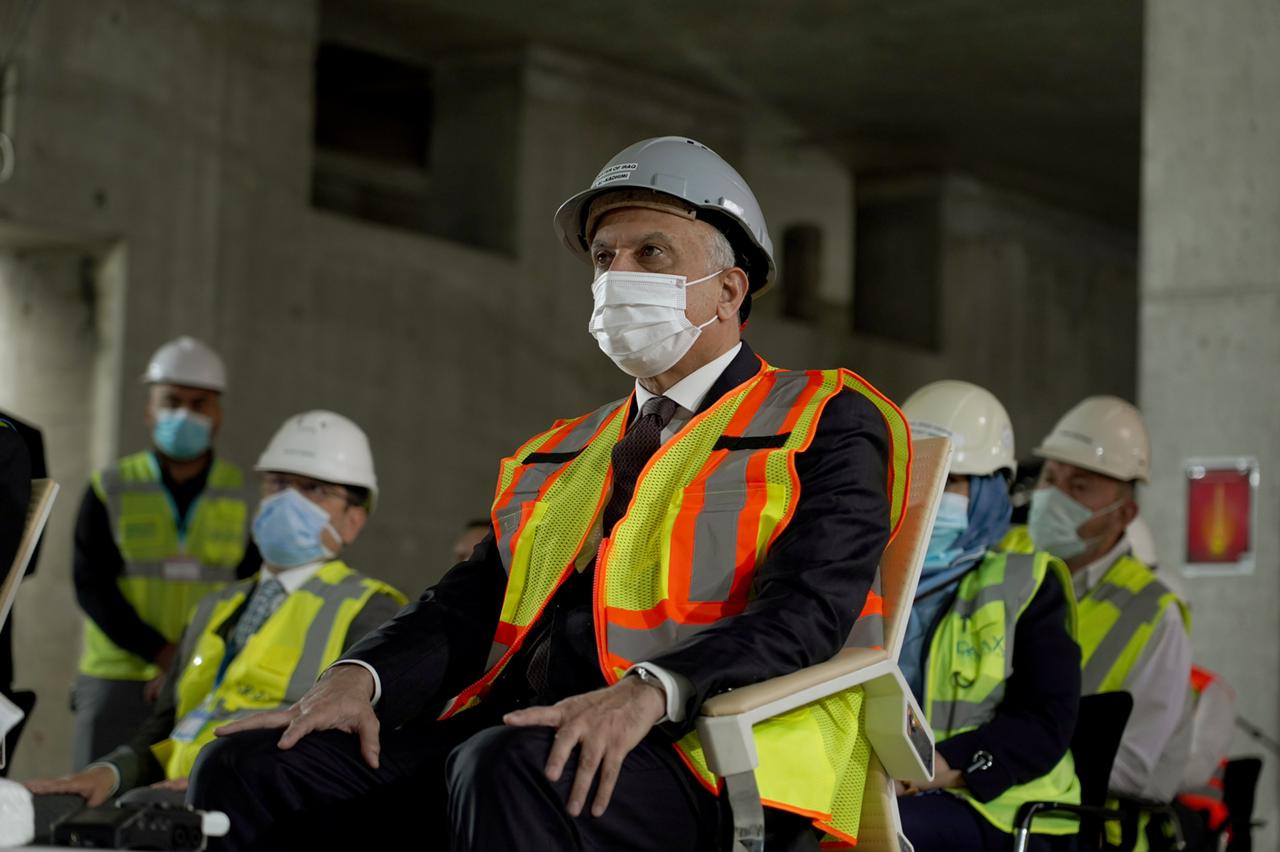 Shafaq News/ The President of the Federal Government, Mustafa al-Kadhimi, has highlighted on Saturday the ongoing battle of his government against corruption in investment projects in the country.

Al-Kadhimi's statements came in a speech he made during his visit to the workers of the Central Bank building project on the occasion of International Labor Day.

According to Al-Kadhimi, "Iraq thrives today towards a reconstruction and building movement and keenly supports internal and external investments. The driving force for all this is Iraqi workers who will build the country with their own hands".

"The fight against corruption in investment projects is the priority of this government," he added.

"We have taken many measures and will continue to do so to rebuild our country."

Al-Kadhimi: we will pursue the killers