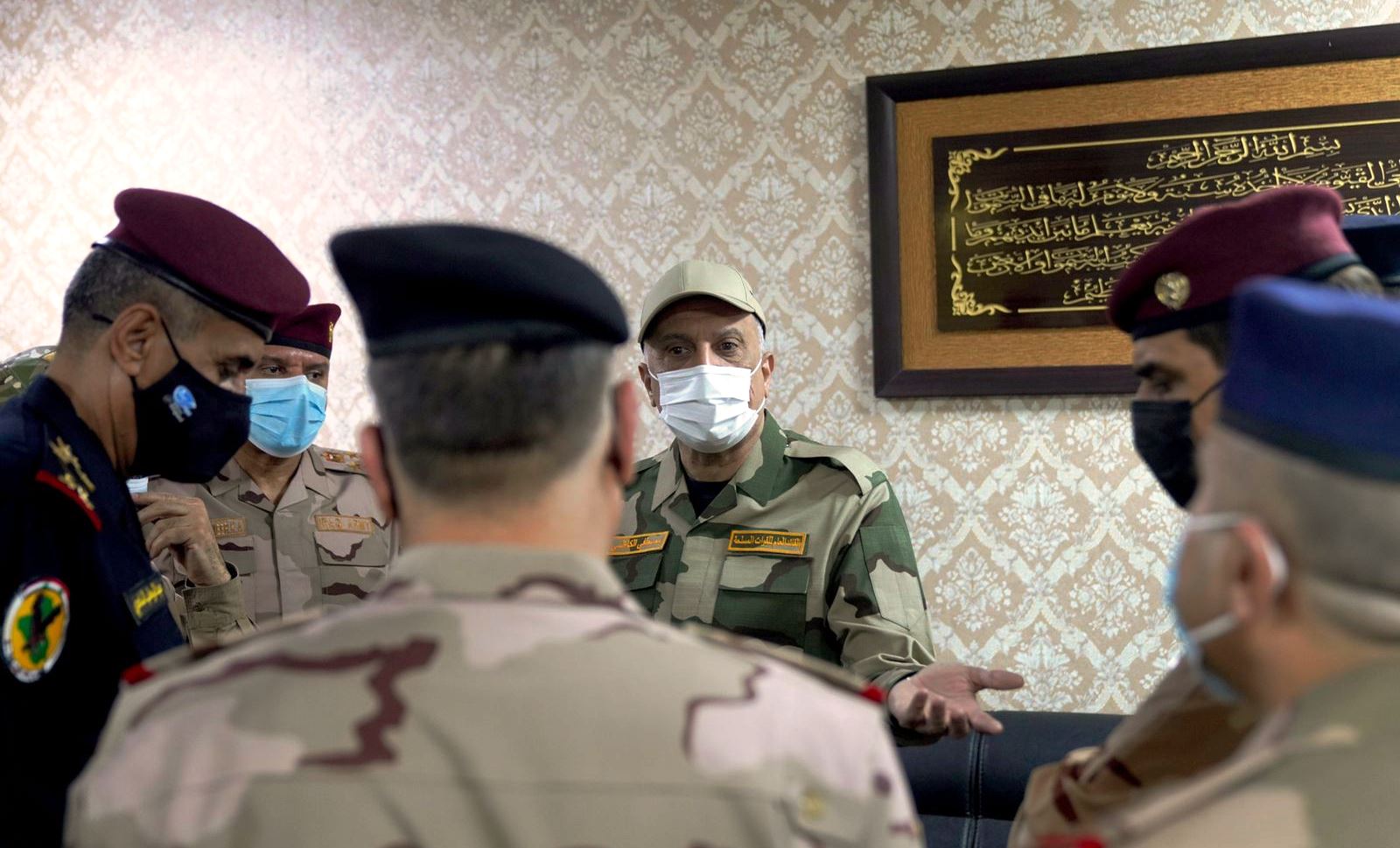 Shafaq News/ The Commander-in-Chief of the Armed Forces, Prime Minister Mustafa Al-Kadhimi confirmed on Monday that combating terrorism is a “responsibility” in which everyone must participate.

Earlier today, Monday, Al-Kadhimi held a meeting with security leaders at the headquarters of the Operations Command in the Al-Tarmiyah district.

A statement of his Media Office reported “Eliminating terrorism and drying up its sources requires determination and strength from you (citizens).”

He added, "We must restore the security plans to confront the sleeper cells and prevent any violations, …you have to work together with professionalism, in cooperation and coordination to improve performance and achieve better results."

Al-Kadhimi stressed the need to pay "attention to extremist voices,” which are looking for “creating a social conflict and sectarian strife among Iraqis.”

“These voices are rejected, as the Iraqis have proven that they have not been dragged, and will not be drawn into such malicious speeches."

He pointed out that "Iraq today is in very sensitive conditions, and we have succeeded in “dismantling many internal and external crises and overcoming many challenges.”

"Iraqis are facing a historical turning point, and everyone must cooperate and help in overcoming it… we are working to establish a strong and successful Iraqi state with effective and professional institutions, and this cannot be achieved without the effective cooperation of the citizens." He concluded.

PM al-Kadhimi orders an investigation into the Baghdad demonstration's aftermath