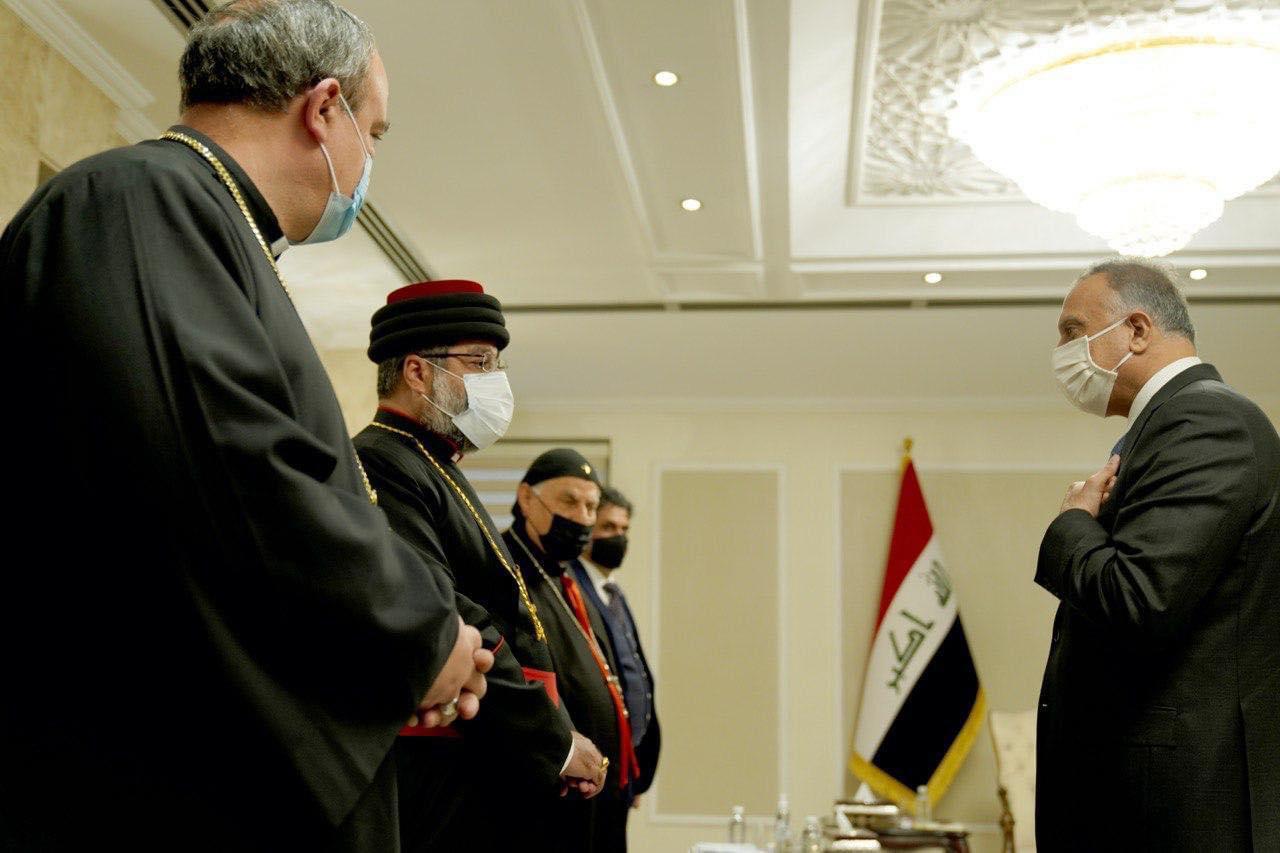 Shafaq News / The Iraqi Prime Minister, Mustafa Al-Kadhimi, directed state institutions to follow up on the Council of Heads of Christian Churches of Iraq's requests.

Al-Kadhimi's media office said, in a statement that the latter received today members of the Council of Heads of Christian Churches of Iraq, and quoted the Iraqi Prime minister saying, "We Iraqis are strong in our diversity, cultures and different religions, and we will remain a symbol of coexistence, tolerance and true citizenship, despite all the challenges of dark groups that have failed in their destructive agendas."

He added, "Iraq would not be the same without its Christians, as the Iraqi Christian presence is a proof of the richness of Iraqi civilization."

Furthermore, Al-Kadhimi emphasized the importance of rational authority in establishing the principle of the civil state and calling for it in its speeches, which had the main role in spreading a culture of acceptance and coexistence and providing community protection for all citizens."

In their turn, the Secretary-General of the Council of Heads of Christian Churches of Iraq, valued the government's efforts in protecting diversity in the country, and expressed his acceptance to the various components of Iraqi society.

PM Al-Kadhimi: the Baghdad-Washington relations have entered a new phase