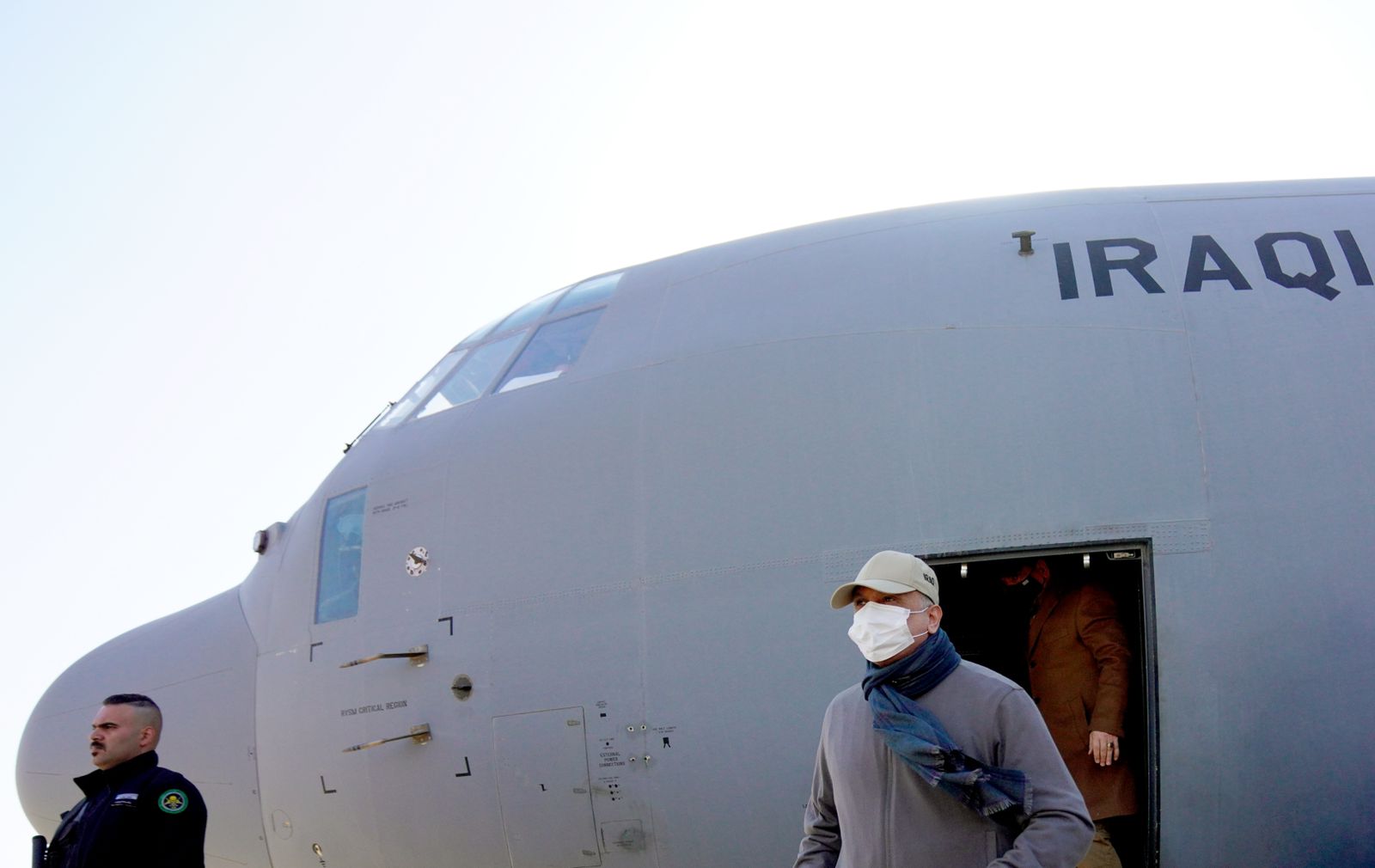 Shafaq News/ The Commander-in-Chief of the Armed Forces, PM Mustafa Al-Kadhimi, arrived at the Iraqi-Syrian borders in Nineveh Governorate.

Al-Kadhimi's office said that the Prime Minister headed a delegation of officials from the Ministers of Defense and Interior and military and security leaders.

The statement did not provide further details, but strict security measures accompanied the visit at the border areas after the escape of ISIS prisoners from Ghweran in the Syrian city of Hasakah.

Al-Kadhimi to Tueller: Iraq is committed to the security, economic, and diplomatic cooperation with US

The Commander of the Iraqi Army airforces apologizes to Al-Kadhimi