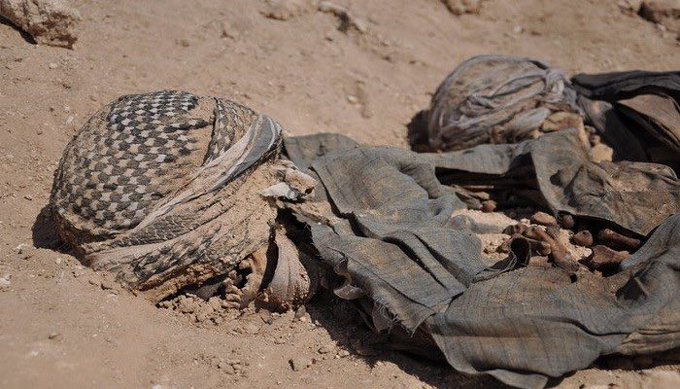 Al-Kadhimi tweeted, "Today marks 34 years since the Anfal criminal campaign, in which tens of thousands of innocent Kurds lost their lives."

"We have to keep building our democratic & peaceful Iraq, and combat any action that may bring back dictatorship & aggression.

May the Anfal matryrs rest in peace," he added.

President Salih condemned the crime committed against unarmed civilians in the Kurdistan Region.

"Thousands were displaced, and many bodies were stashed in grave masses," he said, striking an analogy with "our people in mid and southern Iraq. Their sin is refusing injustice."

The President called for Solidarity, reparation, and justice for the victims.