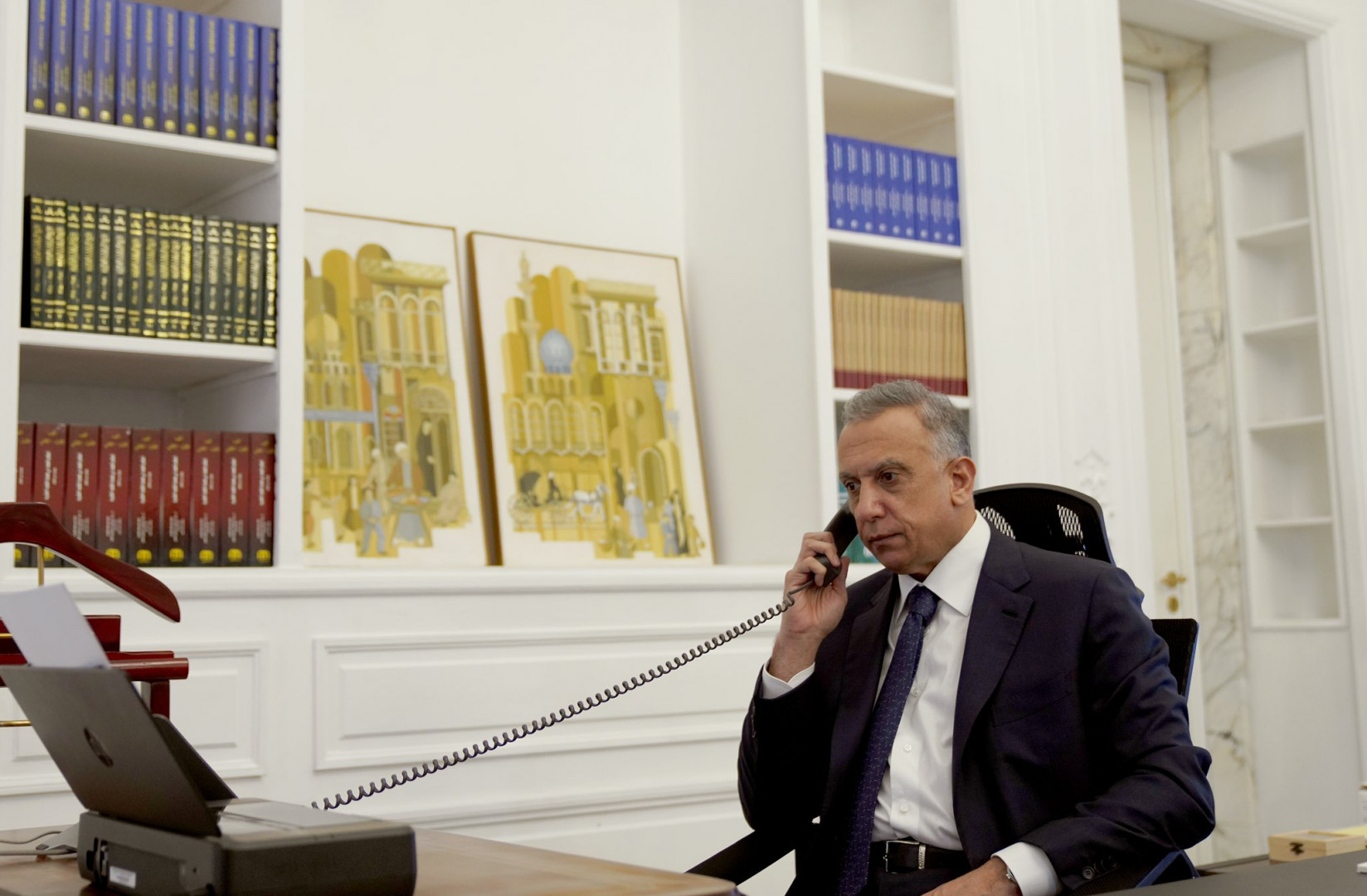 Shafaq News/ The Iraqi Prime Minister, Mustafa al-Kadhimi, on Tuesday discussed in a phone call with the Iranian President, Ebrahim Raisi, an array of issues of common interests for the neighboring countries.

A press release by Al-Kadhimi's office said, "the two sides exchanged condolences in the name of the peoples of the two friendly countries on the occasion of Ashura and the anniversary of the martyrdom of Imam Hussein (peace be upon him)."

"Raisi expressed his thanks to al-Kadhimi and the Iraqi government and people for hosting the pilgrims. al-Kadhimi affirmed his wishes for success to Raisi for assuming his presidential duties."

The Prime Minister laid emphasis upon bolstering bilateral action against challenges facing the region, and the importance of continuous communication between the various parties to consolidate stability, support sustainable development, and regional integration.

Raisi expressed his appreciation for Iraq's prominent role in converging views in the region, and the diplomatic efforts undertaken by the Iraqi government to achieve peace and the interests of the peoples of the region.