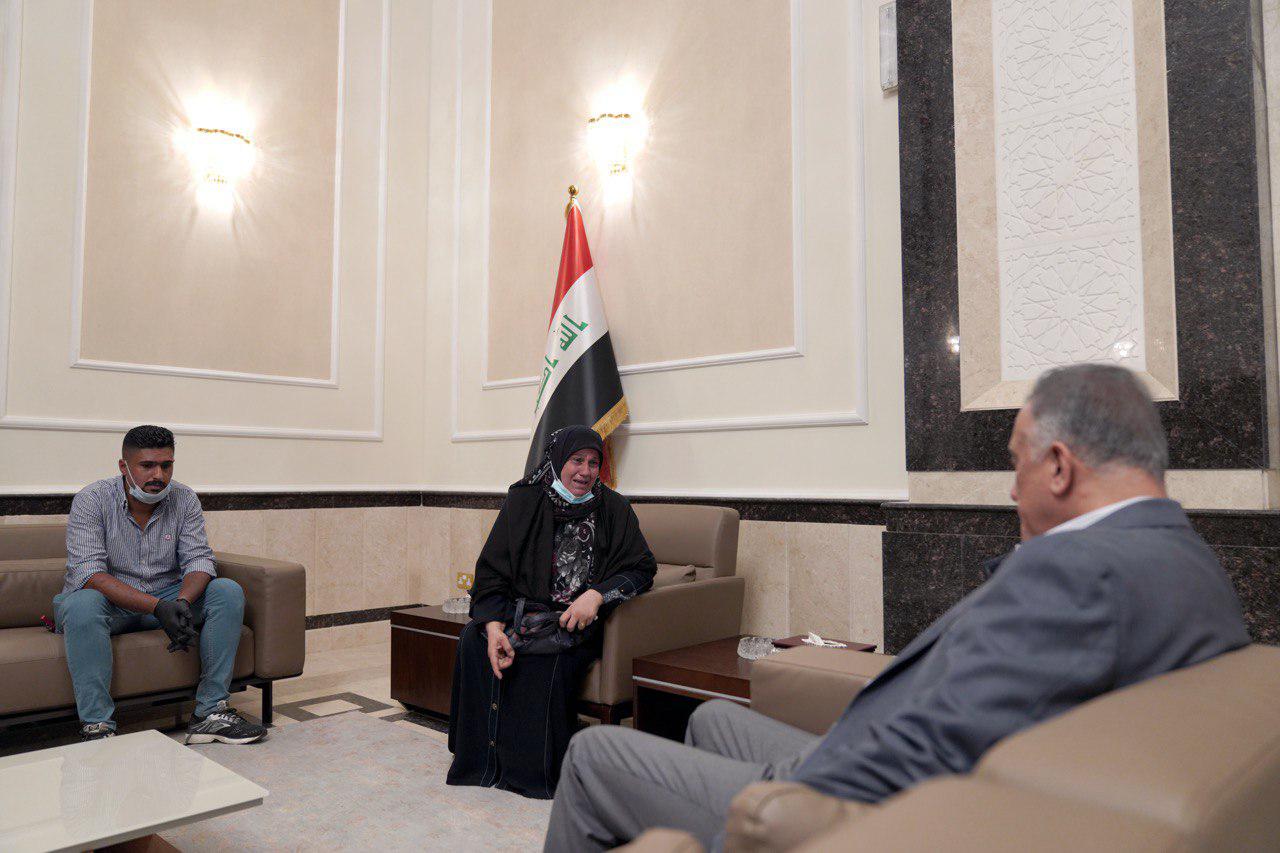 "The latter received, the family of journalist Tawfiq Al-Tamimi, who was kidnapped by gunmen last March," Al-Kadhimi's office said in a statement received by Shafaq News agency. Al-Kadhimi stressed that "the government is doing its best to follow up the kidnapping of the journalist, as well as all the kidnappers."

He added that "these crimes have disturbed security and stability of Iraq, and affect the victories that our security forces are making against terrorism.

" He continued, "The government will pursue criminals and bringing them to justice."

For its part, the family of journalist Tawfiq Al-Tamimi, according to the statement, expressed "sincere thanks to Al-Kadhimi for his interest in following this case, and that reflects his will to protect freedom of opinion."

it’s noteworthy that The Iraqi October Revolution 2019 is an ongoing series of protests in the central and southern governorates that consisted of demonstrations, marches, sit-ins, and civil disobedience, to protest corruption, unemployment, and inefficient public services.

Meanwhile, The Iraqi government has used live bullets, marksmen, hot water, hot pepper gas, and tear gas against protesters, the security forces also faced these demonstrations with great violence and targeted the demonstrators with live bullets, in which the death toll of the demonstrators exceeded 700 people and more than 22 thousand were injured, including 3 thousand permanent physical disabilities.

Now, the protests remain limited, with protesters pressing the PM to fulfill his pledges to fight corruption and prosecute those involved in the killing of protesters.