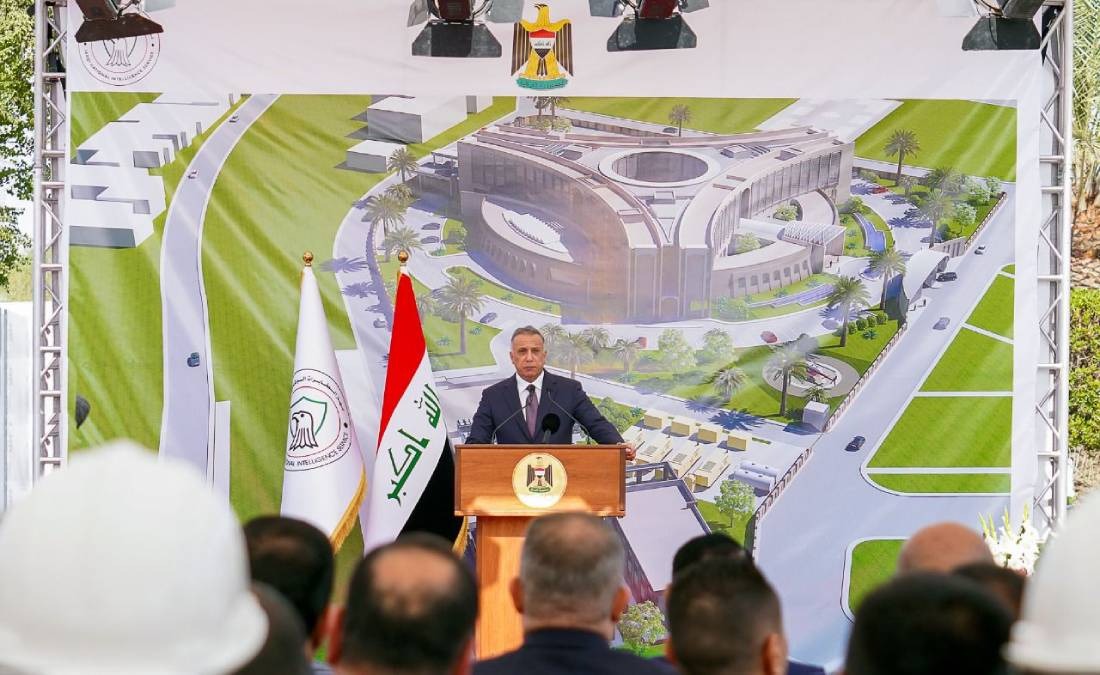 Shafaq News/ The Commander-in-Chief of the Iraqi Armed Forces, Prime Minister Mustafa al-Kadhimi, on Monday said that the national intelligence agency contributed to averting the specter of regional war by engaging in mediations between contesting states.

Speaking in a ceremony for laying the foundation stone of the administrative building in the agency's headquarters, al-Kadhimi said, "since 2016, the infrastructure of the Iraqi national security has been laid with the contributions of the national intelligence agency that coped with major challenges successfully. By the efforts of the agency heroes, Iraq managed to target the heads of the terrorist groups."

"The national intelligence agency managed to establish a wide international network. It was able to employ international expertise to secure the Iraqi national security and lead regional initiatives. The agency played a major role in easing the tension and keeping Iraq away from international conflicts."

"Intelligence agents worked, under the former and current governments, to converge the views between rival and avert the specter of regional war," he said, "it succeeded in many initiatives. Some of which took place inside this institution."

"Those initiatives achieved convergence between contesting parties and contributed to creating a regional integration in the security, political, and economic arena."

"The intelligence agency values the cooperation and partnership with all the Iraqi security agencies. Establishing security locally, regionally, and internationally is a process of integration."

Al-Kadhimi shed light upon the role of the intelligence services in combatting ISIS and organized crime, and commended the efforts of its leaders.

"The duties and challenges prompt us to enhance our readiness, build our staff, and stay alert. The security and the stability of our country are contingent upon the success of our intelligence agencies."

"Unlike the agencies of the former regime, the intelligence service, and other security agencies, will be professional, neither unjust nor oppressive. Their goal will be preserving the state and its institutions by law."

Al-Kadhimi: we have a great opportunity amid significant challenges