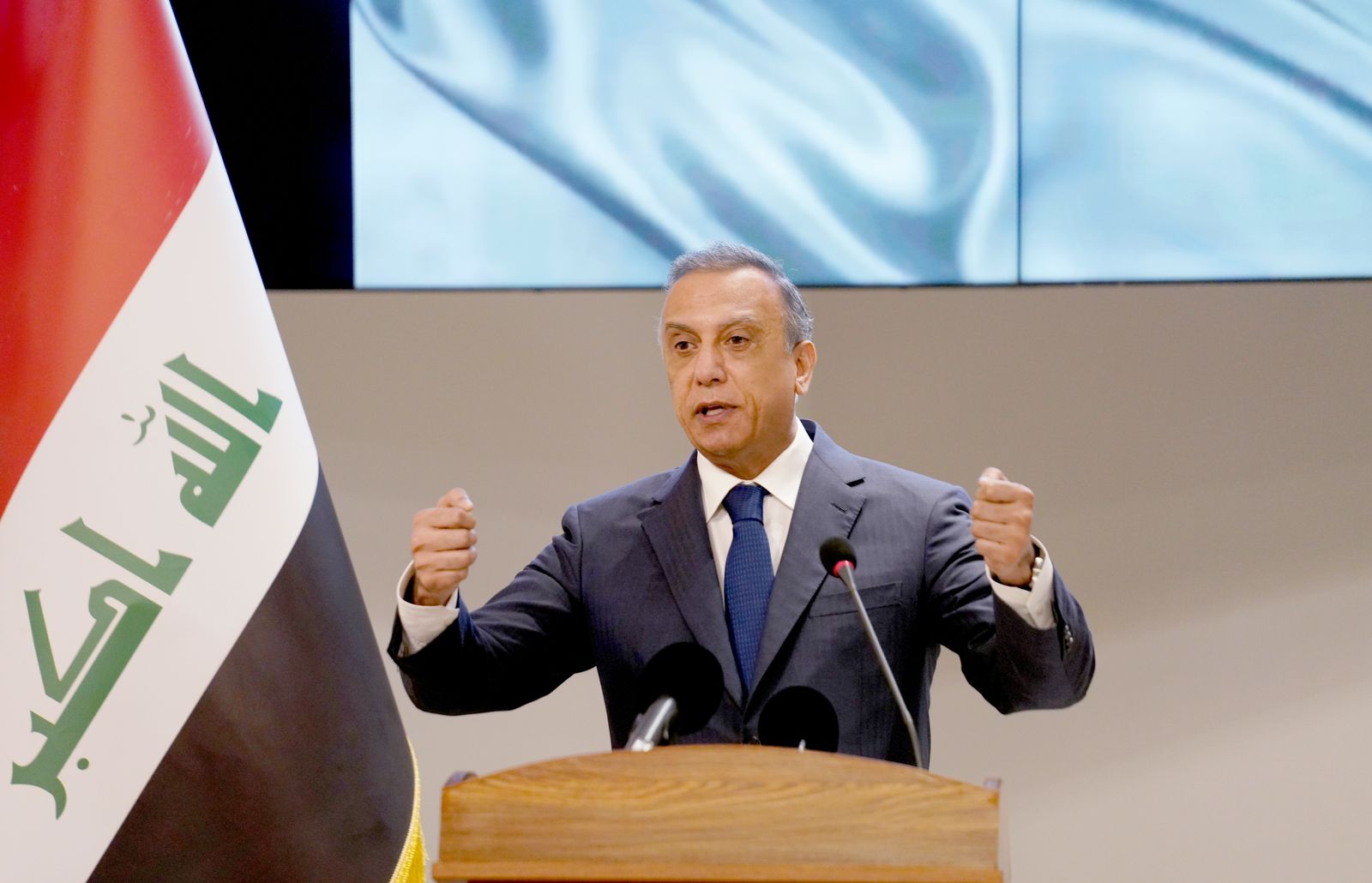 Shafaq News / The Iraqi Prime Minister, Mustafa al-Kadhimi, said that the country can overcome the crises it is going through.

PM a-Kadhimi said in a speech during the opening ceremony of a conference for the joint operations command, that all security forces are cooperating to build the country.

He laid emphasis on the need for intelligence efforts, building state institutions, staying away from sectarian conflicts, and preserving Iraq.

The Prime Minister said that Iraq is going through a stifling crisis but it will overcome it, calling on Iraqi parties to take responsibility and to achieve a civil society that serves the civilians.

Al-Kadhimi issued a series of instructions for the intelligence units regarding anti-terrorism operations, helping displaced families return to their original areas of residence, and protecting the borders.